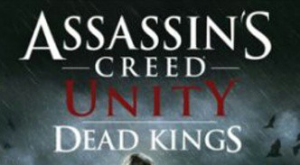 Here is the review for the main game, Assassin’s Creed Unity.

+ it’s free (because of how horrid the main game was – no, that’s the official reason from Ubisoft)
+ new area in general is similar enough to Paris to not make for any annoying moments, but also different enough that it doesn’t feel like the exact same thing
+ catacombs under the new area are tight and claustrophobic, and enjoyable to stealth through
+ Arno’s new ally can be hit or miss, but in general he is endearing enough to be a positive here
+ new enemy types attempt to overwhelm the player, unless you can take out the leader, providing exciting stealth moments

– same graphical, audio or gameplay glitches as base game
– all new character models often appear to be very low-resolution, p[articularly in cutscenes, no matter what outfit I was wearing
– the addition of a lantern for exploring the underground gets tiresome quickly, as it needs to be re-fuelled often
– many of the bonus objectives are just ‘don’t get into conflict’, which really doesn’t work with the buggy AI and controls from the main game
– new Guillotine Gun is basically the unnecessary and overpowered grenade launcher from Rogue
– as the majority of the game takes place in mined-out underground passages, trying to run anywhere means you will just jump onto many walls, mounds of dirt or random boxes, which is really, REALLY annoying when you are in a chase

> Strong references to Egypt throughout, as well as an obvious moment near the end may be setting the stage for a later game (I’m still holding out for Vikings, though)
> The main game was a bad mixture of many other games, but this is more just a mixture of previous Assassin’s Creed games

Should you play this game: It’s free, so why not? It is worth playing if you already played Unity, and can justify the nearly 8GB download size.