[Please note: there are FULL SPOILERS for any and all Spider-Man movies released in the last two decades, including the Sam Raimi directed trilogy, The Amazing Spider-Man duology, both of Sony’s Venom films, all Disney+ MCU TV series, and the Marvel Cinematic Universe as a whole.]

Spider-Man: No Way Home was not what it could have been. Numerous plot holes, smaller inconsistencies and missed opportunities left an undeniable mark on what was very close to be an amazing film. This is not to say the movie was bad; that’s far from true. But Spider-Man’s MCU homecoming has not been spectacular. If you know the answers to any of my questions, let me know. Don’t leave me hanging.

This is your final spoiler warning. 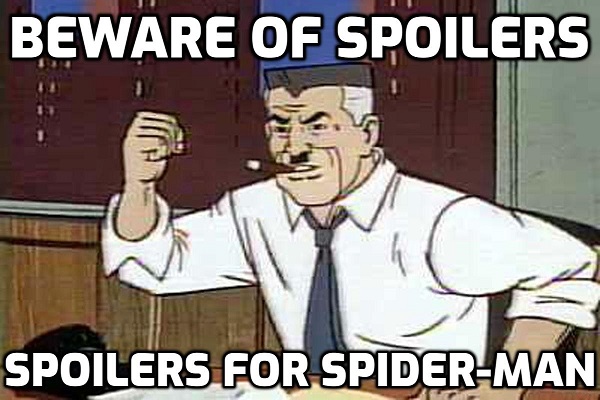 There are A LOT of issues with the spell that Doctor Strange (Benedict Cumberbatch) casts, some of which are directly contradicted in this film. I should have known something was up from the moment that the movie was different to the trailers. Doctor Strange states that anybody who knew that Peter Parker was Spider-Man was summoned to this universe. Leaving aside the infinitesimally small odds of “all those people” coming from only two other universes, the rules of the spell were broken from the fourth person we saw. The Amazing Spider-Man 2 (2014)‘s Electro (Jamie Foxx) had no idea that Peter Parker (Andrew Garfield) was Spider-Man, because when Garfield took off his mask, Electro had his joke about Spidey being black. Yes, Gwen Stacy (Emma Stone) said “Peter” in Spider-Man and Electro’s presence, but that’s not good enough evidence. This was clearly just a tease to set up Miles Morales — who we already know exists in the MCU — as getting his Spider-Man powers as well.

Similarly is the abysmal post-credits scene. At the end of Venom: Let There Be Carnage (2021), Eddie Brock (Tom Hardy) is summoned to the Marvel Cinematic Universe (MCU) universe as part of the same spell. We have been given no indication at all that Hardy’s Venom knew Peter Parker, Spider-Man or other superheroes existed at all, so why was he summoned? The common theory at the moment is that Venom’s line about “hive knowledge from across universes” refers to Eddie Brock/Venom (Topher Grace) from Spider-Man 3 passing that knowledge to Tom Hardy. This would imply the existence of Knull, the King in Black and creator of the Symbiotes from the comics. This is not yet even slightly confirmed, but the villain Gorr The God Butcher (Christian Bale) will be appearing in Thor: Love and Thunder (2022), and Gorr’s signature weapon, All-Black the Necrosword, was originally created by Knull. Maybe Marvel is playing the long, LONG game?

Not to mention, what was Strange’s goal in casting the spell in the first place, in the basement? Was he going to completely wipe Peter Parker from all consciousness (like what happened in the end) without making that clear to Peter at all? The ending shows that Peter has to get his GED, because as Strange says, “It will be like you never existed”. That doesn’t seem like part of the original spell (and to be fair, in the final battle Peter does say “a new spell”), because if it was it would make me think even less of Doctor Strange now than when I just assumed he was irresponsible for casting the spell in the first place. How did Peter even have the documents to rent an apartment? How did he have a bank account to pay for that coffee when he ran into MJ (Zendaya)? All of his friends, family, teachers, and anyone he has ever met just forget he exist entirely. At May’s grave, Happy Hogan (Jon Favreau) had no idea who Peter Parker was, but he still knew about Spider-Man. Did the book written by Flash Thompson (Tony Revolori) just disappear from existence, or is it now in the fiction section? Does Flash get to keep all the money made from his book?

Why did Doc Ock (Alfred Molina) not react to Curt Connors (Rhys Ifans) being The Lizard, when it was established in Spider-Man 2 (2002) that Octavius and Connors (there played by Dylan Baker) were close friends? You’d think even just the name would spur some sort of memory in Octavius’ mind, no matter whether the tentacles were in control or not. On a similar note, how did Ock know that Goblin was Osborn (Willem Dafoe)? It was also made clear in Spider-Man 2 that Harry (James Franco) didn’t know Norman was the Green Goblin, which means it was certainly not public knowledge. If it was the case that a select few knew, how was it that Ock knew, when he was only Doctor Octopus for a few days, or a week at most? Did he knew before the tentacles took over?

This isn’t only related to the villains, though. Both Tobey-Man and Spider-Garfield knew and were friends with a Harry Osborn, and each of their Harrys (James Franco and Dane DeHaan, respectively) turned into a Goblin; Garfield’s in particular took things to a disastrous new level causing the death of Gwen Stacy. Gwen Stacy, too, connects Maguire and Garfield, though she was a much smaller part of Maguire’s life than Garfield (played by Bryce Dallas Howard in Spider-Man 3 (2007)). You’d think they might want to talk about it a bit. Garfield, in his movies, never met an “MJ”, Mary-Jane, Michelle Jones or otherwise, but surely Peter should be seeking out a “Gwen Stacy” around his age to keep tabs on.

When the three Spider-Mans were discussing their previous battles, Tobey Maguire mentions the black alien goo, aka Venom in Spider-Man 3, and Garfield talks about Rhino (Paul Giamatti) from the very end of his second film. I really would have liked something about Tobey Maguire talking about a “Jameson funded Scorpion man” to foreshadow the already teased Holland villain (also seen as a silhouette in the sky near the end of the film), or Garfield say something about his universe’s version of Vulture or Doc Ock, which was hinted at in the post-credits scene of TASM2.

Finally, I don’t know if it was made clear either way, but if the particle accelerator Flint Marko fell into was on behalf of Oscorp, then it could have been fun to have Ock, Lizard, Electro and Sandman all realise that in a way it was Norman/Oscorp who caused their accidents in the first place. I don’t think Goblin could overpower four villains, three Spiders and Holland’s dumb friends, but it might have made for a great showdown without the need to directly have al the villains fail.

I’ve always loved both Maguire and Garfield’s costumes, but they both felt washed out and drab in that way that the MCU has hated costumes since the beginning. They removed Goblin’s mask after a single few-second cameo; they changed Electro back to his old (or, a completely new?) body, presumably to show off Jamie Foxx more, and; all of the Spider-men spend a significant amount of time unmasked, even mid battle. Hawkeye never wore his mask, Wanda only got her cowl in the last few months and Thor had his helmet taken away after a single scene (but he sort of got it back as an Easter egg in Thor: Ragnarok (2017)). Here, Electro got a fun Easter egg appearance of his comic accurate mask (but even I can admit that one was a bit much for live action). I get the feeling that Marvel would have all of the actors entirely unmasked and probably out of costume if they could. Lizard didn’t even get his lab coat!

The original X-Men film series made the same sort of jokes (such as Wolverine not wanting to wear yellow spandex). They all settled for black leather “tacti-cool” gear that turned it from less an X-Men film into a general “we have superpowers” team up movie. One of the signature shots from Avengers (2012) was the team in the defensive circle, all wearing (relatively) comic accurate gear. My advice? Maybe don’t be so quick to dismiss something that looks a bit silly in screen tests.

Check out more thoughts, some lingering questions and the spoiler version of my review.