Developed by Graceful Decay, and published by Annapurna Interactive, Maquette is a 2021 puzzle story game. Taking place in first person, players must solve puzzles inside the titular model dome, which is a perfect replica of the world outside it (and the world outside that, and so on). This recursive nature means that anything done to the model will also happen to the outside ‘real world’, such as adding a miniature staircase, or using a large key as a bridge. The story of Michael and Kenzie’s relationship is voiced by real life Hollywood couple, Seth Gable and Bryce Dallas Howard, and snippets of text will appear on the world as you progress.

+ it has a simple story, but with phenomenal voice work. You’ll be compelled to continue the story, through good or bad, but there will always be the feeling that you are intruding on something intensely personal, like reading someone’s diary. This may not between “Michael and Kenzie” then perhaps Gable and Howard themselves, such is their chemistry (unsurprisingly, as they are a real life couple)
+ the central gimmick – a dome inside a dome inside a dome – never gets old, and from the beginning to the end there is a thrill in figuring out the answer to a puzzle. The early puzzle moment when you figure out a central mechanic – obvious in the moment, but not named here for spoiler reasons – is probably the overall highlight
+ the soundtrack is really sweet, with songs important to Michael and Kenzie’s relationship playing at the beginning of most levels. When they end, the ambient noises will draw you into the world they are remembering 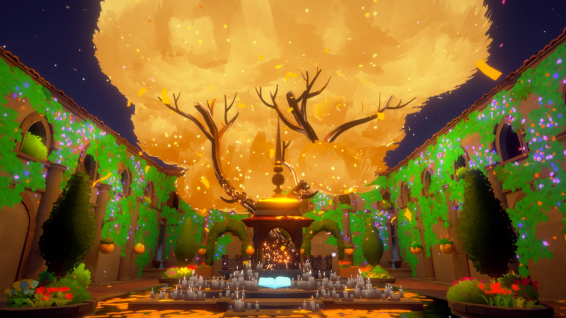 The game is beautiful, and almost surreal 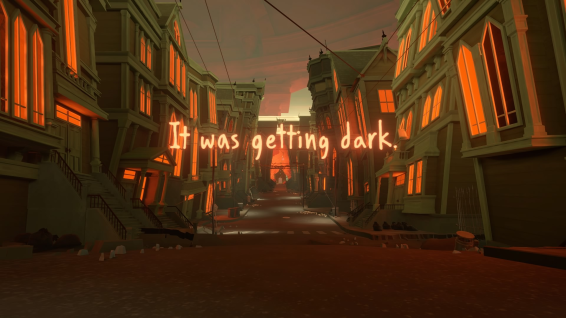 – at my time of playing, this is a PS Plus offering on the PlayStation 5, and it’s clear the game was intended for that higher powered console. The load times are extra long on the PS4, and the frame rate will stutter quite significantly when playing around with the physics
– I personally would have liked some more off-the-beaten-track trophies/in-game rewards, because as it stands there is no reason to play around with the model outside of the specific story puzzles

> holy smokes this game needed a sprint button. The movement speed, when holding an item or not, is mind-numbingly slow

Should you play this game: I had my eyes on this since it was first announced, and remember the developers specifically stating it was being designed for the PS5. With that in mind, I was surprised to see it for the PS4, but still snatched it up in a heartbeat. The game itself is well worth playing, but unless you can play it on a PS5 or sufficiently powerful PC, maybe just wait on this one.