+ there is a simply phenomenal ensemble cast. Craig, de Armas and Evans steal the show, as they are given the most scenes, including the most scenes together, but I also really enjoyed Michael Shannon, as I do in everything he is in, and Jamie Lee Curtis for the same reason. I am not a fan of Toni Collette, in general, but I enjoyed how much I didn’t like her here, because for once I don’t think I was meant to like her character
+ the film is shot somewhat like a game of Cludeo, highlighting various locales across the Thrombey estate, and replaying some scenes with changes, depending on the version of events recounted by characters. This made it a bit more fun to play along with, as if you yourself are part of the investigation
+ the mystery itself is somewhat engrossing, with plenty of twists, turns and red herrings, but truthfully I felt like the ending was incredibly obvious. Perhaps this was a case of ‘destination more important than the journey’, and rather than guessing ‘who’, we were meant to be guessing ‘why’. I mean, take a look at the cast, and make a guess – you’re probably correct 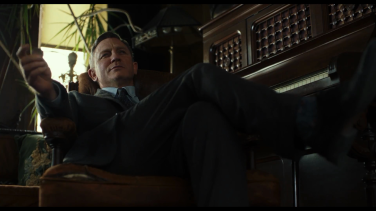 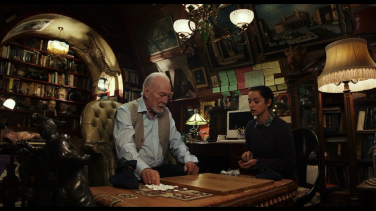 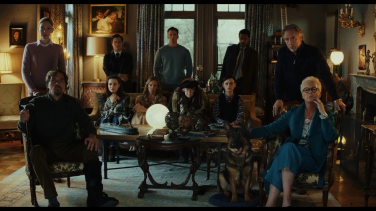 The entire family; a right bunch of jerks.

– disappointingly but expectedly, lots of the cast members are given very little to work with, particularly the younger members Langford (13 Reasons Why) and Martell (It). While the focus is more on the older members of the extensive family, there is some chemistry between the next generation, and I’d have liked to see them be more involved with the plot

> Frank Oz has a small-ish role, in a semi rare non puppet capacity. I am a fan of his comedy style, so this was a joy

Should you see this film: I liked this, but I have to say that the lack of a mystery (for me, at least) did lessen my enjoyment. The cast is great, the mystery itself is full of some twists and turns, and while the outcome itself is not fully satisfying, this is still a movie well worth seeing.