[Please note: By the time I post this, and indeed you read it, the tournament is over, and a winner has been crowned. I have no idea who that may be, and to save myself some time, I am only going to review the G1 tournament matches themselves. There are spoilers here for every other day leading up to this event.]

New Japan Pro Wrestling’s (NJPW) annual heavyweight tournament concludes, where for the last few weeks, two blocks of ten competitors have competed in a round-robin format in the G1 Climax 28. The two winners – one from the A Block, and one from the B Block – will soon face off in the final, with the winner receiving the main event title match at the annual January 4th show, Wrestle Kingdom. Day 17 is the final round of matches from the A Block, where only three competitors stand a chance to claim victory. Currently standing on match above, Hiroshi Tanahashi leads the block, with Jay White and Kazuchika Okada hot on his heels. It’s not impossible for any of these three men to win overall, and the results for each match will fall as follows:

+ Kazuchika Okada vs Hiroshi Tanahashi (G1 Climax A Block Match): these two have a history of going to time limit draws, so whether that would be the case here or not was one of the main selling points. Similarly, Tanahashi has never beaten Okada in a G1 Climax match, and depending on the result from the White/EVIL match, either man could have stood a chance of winning. I can’t say I was thrilled at the way the match ended, for a few reasons, but I can’t necessarily think of a better way, other than not getting into this situation in the first place. Nonetheless, this was exciting and a worthy finale to the A Block
+ Jay White vs EVIL (G1 Climax A Block Match): this was really good, and highlights the real difference in the way White and Hangman Page are portrayed in NJPW right now. White looks like a killer, hanging with and defeating men like EVIL in his first G1, while EVIL always looks good against anyone smaller than him (seriously, EVIL could be an Ishii or Goto style brawler without this, frankly, limiting character). I really enjoyed this match, and it just made the main event that much more interesting
+ Hangman Page vs YOSHI-HASHI (G1 Climax A Block Match): I feel like Page should be on a much higher score than he is. His first G1 tournament has been impressive in terms of match quality, which is more than I can say for YOSHI-HASHI, who might just be the biggest disappointment this year. The match was fine, and does deserve the positive ranking, but it was hardly anything special 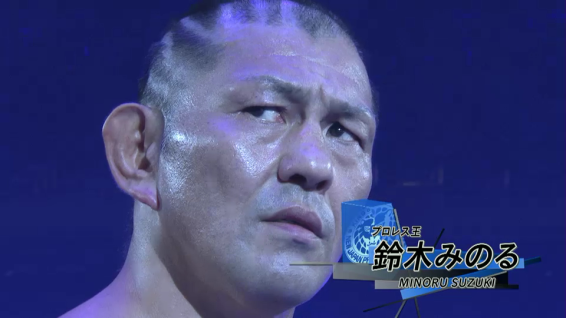 – Togi Makabe vs Mike Elgin (G1 Climax A Block Match): with nothing on the line for either guy – no tournament win, no future title matches, nor any real grudge between the two – this fell flat
– Bad Luck Fale vs Minoru Suzuki (G1 Climax A Block Match): this was a good match, in story, for Fale to finish on, given the way his tournament has gone, and the way Suzuki (through his stable, Suzuki-gun) usually do things. The match itself was nothing special, but any future Suzuki-gun versus Bullet Club Firing Squad matches might be worth checking out, especially if Suzuki is the de facto good guy

> I keep thinking “I wonder if the WWE could book a round robin tournament series like this with it all coming down the the final few matches?”, but my answer is always the same – I have absolutely no faith they could do anything close with the monkeys they have churning out storylines

Should you watch this event: The A Block winner was crowned, and whether it was my pick or not is irrelevant, as all three of the potential winners had strong second halves to their tournament. Jay White shone in his first entry, Okada is still one of the best wrestlers in the world, and as much as it pains me to say it, Tanahashi is the Ace of New Japan for a reason. This was a good show, and it has set the stage for a big night to follow, as we find out the second half of he G1 Final.