New Japan Pro Wrestling’s (NJPW) annual heavyweight tournament begins, where for the next few weeks, two blocks of ten competitors will compete in a round-robin format in the G1 Climax 28. The two winners – one from the A Block, and one from the B Block – will then face off in the final, with the winner receiving the main event title match at the annual January 4th show, Wrestle Kingdom. The B Block returns to action on this, day 6, with the main event seeing long time friends and rivals Tomohiro Ishii and Hiroki Goto going to battle, with Kenny Omega, Kota Ibushi, Tetsuya Naito and Zack Sabre Jr. all also in action.

+ Tomohiro Ishii vs Hirooki Goto (G1 Climax B Block Match): holy. fuck. This was the best match of the night, the best match of the B Block so far, one of the best matches of this year’s tournament, one of the best matches in any G1 Climax, and one of the best matches I have ever seen. Sell your soul to see this
+ Tama Tonga vs Kenny Omega (G1 Climax B Block Match): I’m surprised this wasn’t the main event, just because of Omega’s involvement and the story going in. The match itself was incredibly athletic, and both guys, at times, were able to get the crowd going nuclear. This was good, and converse to much of what I usually say, I wish it had gone on a bit longer
+ Tetsuya Naito vs Juice Robinson (G1 Climax B Block Match): this felt like the main event, the way the crowd was going to absolutely bonkers for both guys. It’s not often that Naito gets out-cheered, but Juice, and the plight surrounding his left hand, were enough to get the female audience members into a frenzy. This felt like it may have gone a little bit too long, but only by a few minutes, and it was still certainly good enough
+ Zack Sabre Jr. vs SANADA (G1 Climax B Block Match): this was amazing. The speed at which these two traded submission holds, pinfall attempts and then strikes was almost unbelievable. This was a must see, although perhaps not as flashy as many other tournament matches
+ Kota Ibushi vs Toru Yano (G1 Climax B Block Match): it is amazing the way that Yano is essentially a guy that always loses, but the crowd still knows there is the chance he might win any match, at any time, just to mess with things. Even though this wasn’t much of a wrestling match, it was so entertaining that in this case you can look past that. Gosh darn Ibushi is fantastic 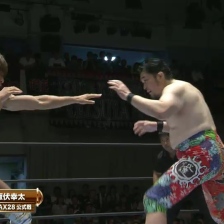 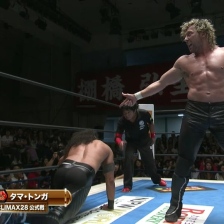 Should you watch this event: I love it when all I need are the five “+” marks above. All five of these tournament matches were great, whether it be for comedy, storytelling, technical works or just smashing the hell out of each other, and this probably the best day of this years tournament so far.