It’s time for the B Block to shine once again, as New Japan Pro Wrestling’s (NJPW) annual tournament the Best of the Super Juniors 25 continues. The four matches involving some of the world’s best junior heavyweights are:
– Marty Scurll vs El Desperado
– Chris Sabin vs Dragon Lee
– KUSHIDA vs SHO
– Hiromu Takahashi vs Ryusuke Taguchi

[Please note: to save myself a bit of time, I am only reviewing the tournament matches. There are potential spoilers here from the first rounds of B Block matches.]

+ Hiromu Takahashi vs Ryusuke Taguchi (B Block Match): this really was a match of two halves, with Taguchi playing comedy for the first half, before both guys went all out for the latter. The crowd came unglued for the second half, and it made everything that much more exciting. Like most other matches, this was not the must-see you might hope for, but it was a perfectly fine way to close the show
+ KUSHIDA vs SHO (B Block Match): god damn this was good, but not in the same way most junior matches are. Both these guys can flip for days, if needed, but this was a really well worked ‘veteran versus newcomer’ match, with much more psychology and technical skills than you might expect otherwise. It was, dare I even say, almost an MMA-style wrestling match. Also worth noting: SHO is a fucking powerhouse. God damn, this was really, really good and, I’ll call it a sleeper chance for match of the tournament
+ Marty Scurll vs El Desperado (B Block Match): this match between two of my NJPW favourites was wild from the beginning, though much like all of Despy’s recent matches, it really did need a disqualification call several times. Marty played the underdog surprisingly well, considering he is The Villain. This was good, but aside from a fantastic final few minutes, I wouldn’t call this great

Hiromu Takahashi, once again carrying his playbook before his battle with Ryusuke Taguchi 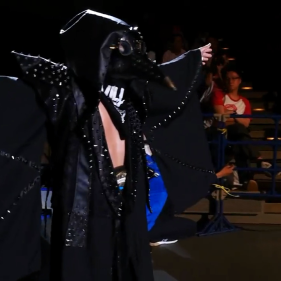 Marty Scurll: the doctor will see you now (woop woop) 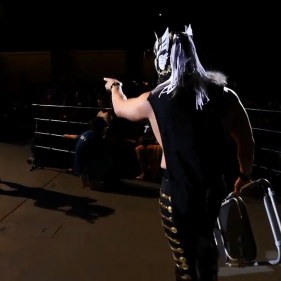 El Desperado with a point to prove 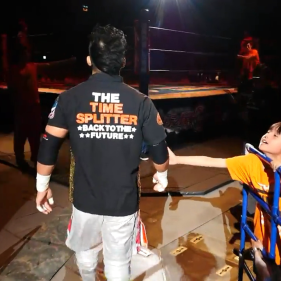 KUSHIDA, about to put on a clinic against SHO of Roppongi 3K

– Chris Sabin vs Dragon Lee (B Block Match): Sabin looked like he was going H.A.M. on Lee for most of this match, so if Lee has come out unscathed then I give them both credit for making this look as good as it did. When it was all said and done, however, aside from a few good sequence trades, this was nothing particularly special

> maybe he is just putting it on for the foreign audience, but I never noticed how many F-bombs Scurll drops in his matches until this year’s tournament

Should you watch this event: Go out of your way to see KUSHIDA/SHO, but as always, the rest are only going to be for those who are watching every match (ie. me) or are particular fans of those involved (ie. also me).