On the biggest wrestling weekend of the year in New Orleans, Louisiana, Game Changer Wrestling (GCW) and Matt Riddle present Bloodsport, an event full of matches contested somewhere between professional wrestling and mixed martial arts. Each match will feature no ropes around the ring, and all matches must end via TAP OR SNAP – the only way to win is via submission or knockout. The main event will see New Japan Pro Wrestling’s current IWGP Intercontinental Champion Minoru Suzuki going up against the King of Bros, Matt Riddle, with the undercard featuring fights with competitors such as Walter, “Filthy” Tom Lawlor and Timothy Thatcher.

+ Minoru Suzuki vs Matt Riddle: from memory, these two have only ever faces each other before once, in a Rev Pro wrestling match, and this was just as good despite the different layout. Suzuki is the scariest man in the world, I think, and Riddle’s attitude towards him was just asking for trouble from the beginning. This was a really good exhibition from both men, though I do admit I wish it had gone a bit longer than it did
+ Nick Gage vs Timothy Thatcher: this had some serious potential to be a bloodbath, as does any match with Gage involved, and it turned into a wild brawl early. I really enjoyed how these two reacted to each other, especially as the crowd reactions started to change. This was great
+ “Filthy” Tom Lawlor vs WALTER: this was my most anticipated match, until Low-Ki was replaced with Suzuki, as I am a huge fan of both these guys (Walter especially). Lawlor’s broken arm is still healing, I assume, but it was Walter’s chest chops that made me wince the most. This was a fantastic display from both guys, and ended up being my fight of the show
+ Eddie Kingston vs Tracy Williams: this match was a lot more “real”, despite a few submissions still looking quite bad. This was a good back and forth fight, and I enjoyed the ending sequence 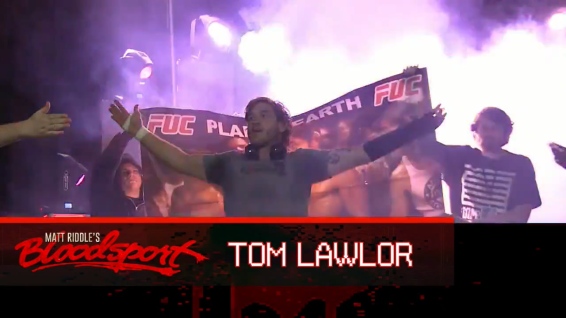 – Chris Dickinson vs Dan Severn: Severn is an MMA legend, but as the commentators stated, nobody can avoid the passage of time. Severn was just not able to keep up with the much younger Dickinson. Some horrible refereeing and a really bad ending only added to the awkward match
– Martin Stone vs MASADA: I’m a fan of Stone (aka Danny Burch on NXT), and I recall Masada from a few CZW shows I’ve seen. This was another well work fake fight, and it started off on a high note but ended on a really low note
– Dominic Garrini vs KTB: this opening match felt very short, and looked very sloppy as far as the “half fake, half real” aspect went

> the commentary presented these bouts as real fights, but it only highlighted how little sense professional wrestling makes in terms of real combat. Too often, guys would (in the fake world of these fights) have the opportunity to rain down strikes ot get a stoppage, but would instead opt to keep the match going with a submission instead

Should you watch this event: The top three matches for this hybrid MMA-pro wrestling show were all great exhibitions, though not really fights or matches in the typical sense. Suzuki/Riddle, Gage/Thatcher and especially WALTER/Lawlor were all fantastic, and do deserve a watch, but while this was entertaining and unique, it is not something I would want to see all the time.