Continuing on immediately from the end of the first season (reviewed here), season two of the Netflix Original Series, A Series of Unfortunate Events, covers books five-through-nine of Lemony Snicket’s (aka Daniel Handler) morbid series of novels. At the season’s beginning, the Beaudelaire Orphans, Violet (Malina Weissman), Klaus (Louis Hynes) and Sunny (Presley Smith) find themselves at Preprock Preperatory School, eternally pursued by the villainous Count Olaf (Neil Patrick Harris). Patrick Warburton once again has a virtually flawless demeanor as Lemony Snicket, who pops up – sometimes literally – to remind the viewers that no matter how bright things might look for the Beaudelaire children, it won’t end well.

+ Count Olaf (Neil Patrick Harris) leads his various freaky disciples with aplomb, which now includes a handful of music numbers. See below for some more on NPH’s Olaf, but I do still enjoy him as the character, even if it’s not entirely as I always pictured. NPH does deserve a huge amount of credit for the different voices and mannerisms he brings for every disguise
+ again, all three of the Beaudelaires make for very fine distractions from the series of unfortunate events they find themselves in. Weissman again shines as Violet, and Sunny, though still not actually saying much, gets the best comedic moments. Klaus was the weakest of the three this season, and I couldn’t help but notice an annoying lisp which I don’t recall him having last time
+ Kitana Turnbull as Carmelita Spatz was incredible in the Austere Academy episodes. I don’t think it’s legal, nor particularly polite to want to punch tweenage girls in the face, but Spatz absolutely does everything she can to make you want to. It may constitute a spoiler to name the characters these actors play, but a couple of my favourites do pop up in big or small roles, including Nathan Fillion and Robbie Amell, which certainly brought a smile to my face
+ the various fine dioramas surrounding the children come straight from my imagination. Slightly differently to the first season, the sets now seem much more ‘real’, perhaps because the sets are, on the whole, larger, for example a school, hospital or village opposed to a single house 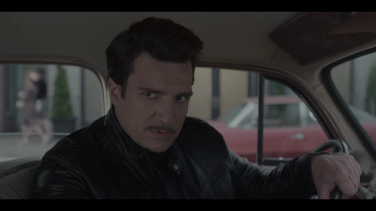 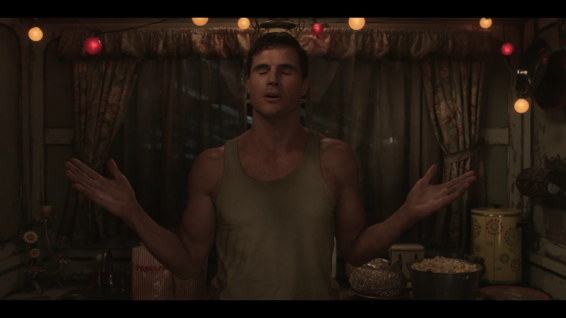 – for the most part, I have changed my tune on each book getting two episodes – now that there is so much more going on, I am glad there is so much allotted time. But now the issue is a bit different, in that there is either not enough time, or there are still those few five-minute stretches that drag in each episode. It is a minor complaint, I admit, but still worth noting
– I was disappointed with Vice Principal Nero (Roger Bart), though not by fault of the actor. As mentioned in my review of the first season, I never pictured Nero to be so… pathetic. I imagined him far more unhinged and arrogant

> something about NPH’s Olaf just doesn’t hit the right chord with me; he is entertaining, but I never get the threatening feel from him (outside one terrifying line towards Carmelita). Something about Jim Carrey felt like he could just snap and murder them all at any point. I was talking to someone about it, and they compared it to Gene Wilder vs Johnny Depp as Willy Wonka: one was devious, essentially a “chaotic neutral” character, the other was just a child-like adult, or “One is a bad actor and a murderer, the other is a bad murderer and an actor.” I could go on forever about the differences in tone from the books to the movie to the Netflix series, especially when it comes to Olaf himself

Should you watch this show: With every episode asking more questions than given answers, I am enjoying the overarching story despite knowing where it all ends. NPH’s various disguises and mannerisms as Count Olaf are for the most part a joy, and all three Beaudelaires are again on their A-game as the super depressing events unfold around them, though Patrick Warburton’s continued role as Lemony Snicket is the highlight. This is still worth watching, and if the third season goes the same way then this might go down as one of the better adaptions in book-to-screen history.