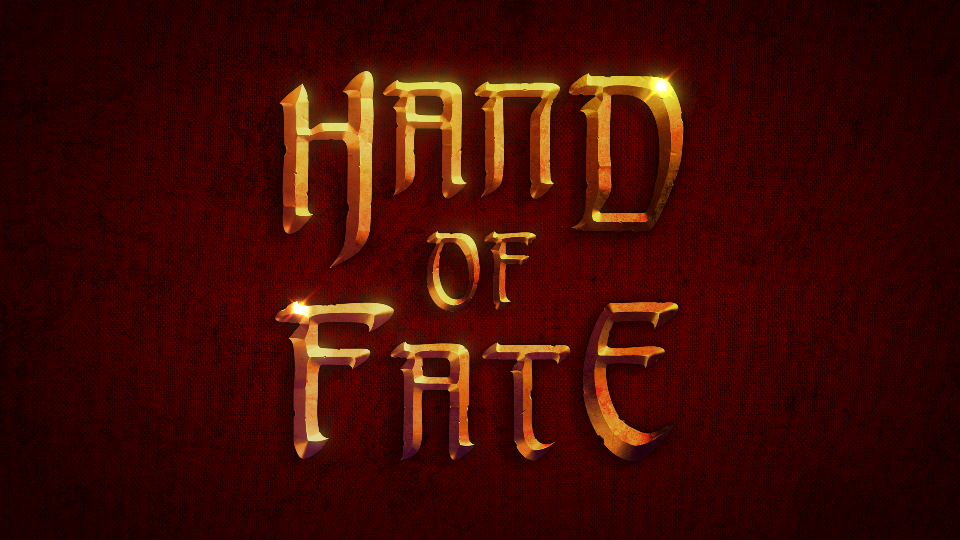 Developed by Australian based company Defiant Development, Hand of Fate is an action-RPG with card-based deck-building hybrid, somewhat like a tabletop RPG of old. Against a mostly neutral, but still somewhat nefarious Dealer (voiced by Anthony Skordi), the player character must navigate a randomized ‘pathway’ of cards, which will offer either decisions to be made or battles to be fought – the twist here is that the battles must be fought in real time. Players will also have to make sure to manage their food stocks and gold purse, the latter of which can be used to purchase items, blessings (passive upgrades) or more food from the various, randomly located shops. It’s gonna be a long journey…

+ this game is certainly unique, which means it gets a ‘point for’ from the beginning. I can’t think of too many – if any – other RPGs based around player-built decks, using rogue like exploration for action combat and RNG-based decision making. There’s a hell of a sentence, and I don’t know  if that even does the game justice
+ there are a huge number of combinations available for building the deck, and unwanted cards (or cards you simply have a personal preferences against) can be swapped for any other of the same type (equipment, encounters or monsters to name a few)
+ the action moments themselves (either combat or exploring mazes) is smooth and responsive, and each combat encounter concludes with a very satisfying slow-motion attack
+ there was an option to change the enemy attack indicators from the default red/green to red/blue or blue/yellow, which is very beneficial to anyone with any colour vision deficiencies, such as myself

– the game does become quite repetitive, which makes it difficult to play for extended periods. The issue is that each dungeon (that is, randomized ‘level’ of cards where dungeons are anything 2+ levels) can take up to an hour to complete

> Anthony Skordi, the voice of the Dealer, is the Leviathan from the Mass Effect 3 DLC. The things you learn from an imdb search…

Should you play this game: This game was free as part of the Games with Gold promotion on Xbox One. Usually I want to finish a story before making a review, but after playing through the first three bosses I feel I had played enough to make a judgement on the game itself (for the record, I’ve done seven of the 12 at time of publishing). If you are a fan of role playing games, then this semi-throwback to the table top games of old might be something you’ll enjoy, but compared to more modern, bigger budget games there is just not enough to it to recommend paying more than say $15-$20 for.