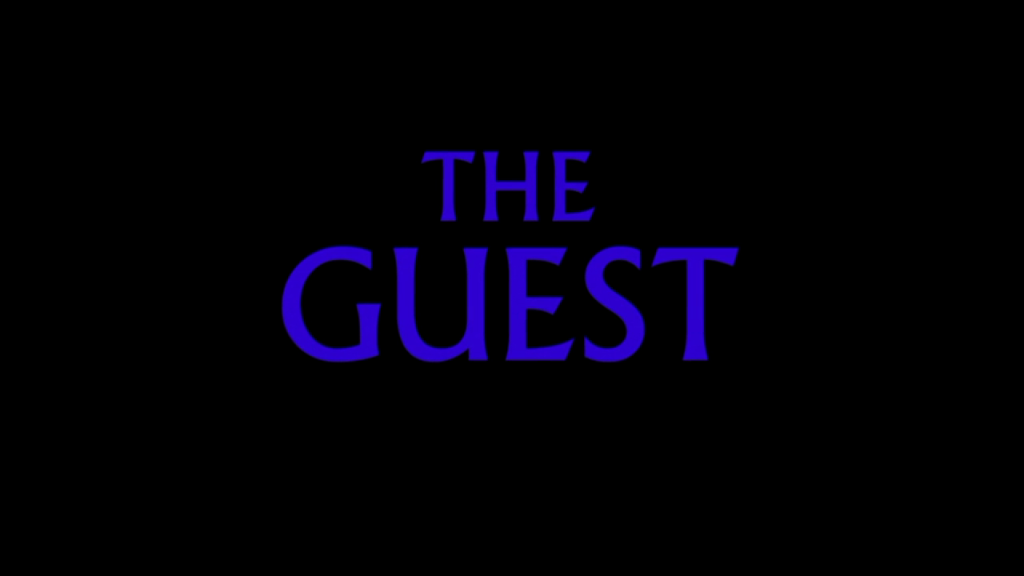 Directed by Adam Wingard, The Guest is a thriller film released in 2014. The Peterson family – Laura (Sheila Kelley) and husband Spencer (Leland Orser) with their kids Anna (Maika Monroe) and Luke (Brendan Meyer) are still coming to cope with the loss of their oldest son, Caleb, in the war in Afghanistan, and are surprised when David Collins (Dan Stevens), a friend of their son, arrives at their home. Laura offers for Dan to stay as long as he needs… but things are not quite as they seem (or are they? Dun-dun-dun…)

+ Dan Stevens as David Collins is polite and charming and pretty damn sexy, but really gets that creepy vibe across with lingering stares, and his absolutely insane eyes paired with the smooth talking making him incredibly unnerving
+ the Peterson children are arguably the only other important characters. Anna (Maika Monroe) is wide eyed and soft spoken, and plays the ‘moral’ role (sort of, she’s nice, but still the typical 20 year old girl). Brendan Meyer is Luke, the younger son with a bullying problem at school, who begins to look up to David, and take some advice which may not be in his best interests
+ the whole film sort of has that “neo-80s” thing that films like It Follows (which Maika Monroe also starred in) and Drive had. Things like non-descript mobile phones and a very synth heavy soundtrack helps to make things appear like they are not quite right, or out of place
+ the film escalates in short but very powerful bursts at times, to almost scary levels, before dropping back down, ensuring that any subsequent moments are just as jarring
+ the soundtrack, as mentioned, is very synth heavy and not from any specific era, and more often than not it is music that is meant to be being played in the film that acts as the background music to the film (if that makes any sense… I know what I mean)

> Lance Reddick, a main character from Oz and a cameo in John Wick shows up again in a role slightly larger than a cameo, and is as you’d expect.
> Maika Monroe adds another good role to her list (though I think this was before It Follows), and will be starring in both The 5th Wave and Independence Day: Resurgence, amusingly both alien invasion films. I’m looking forward to seeing her in some larger scale films

Should you see this film: Wow, yes. This film was a roller coaster from start to finish, with no fluff or padding. See this movie.