It’s the spookiest time of the year for the superstars of NXT, when WWE SmackDown superstar Shotzi Blackheart will host the 2022 edition of NXT Halloween Havoc. In the main event, Bron Breakker faces his toughest challenge to date, when he fights not only JD McDonagh, but the former NXT United Kingdom Champion Ilja Dragunov. Dragunov never lost his NXT UK gold, only relinquishing it due to injury, but he has now come across the globe to win the title Breakker holds so close – but not to be overlooked, McDonagh has proven he can get under both Breakker and Dragunov’s skin and sneak out a victory when he sets his mind to it. Mandy Rose’s unprecedented Women’s Championship reign is once again on the line when Rose faces her toughest test to date, the former ‘Forever Champion’ who reigned over NXT UK with a flaming fist, Alba Fyre, while also in the women’s division, former friends turned bitter enemies, Roxanne Perez and Cora Jade will collide in a Weapons Wild Match. Meanwhile, the Diamond Mine implodes when Julius Creed battles former member Damon Kemp. But not content with simply assaulting Roderick Strong, Kemp has only accepted the Ambulance Match on one condition: if Julis Creed loses to Damon Kemp, then Julius’ brother Brutus Creed will be kicked out of NXT entirely. After weeks of back and forth trash talking and backstage assaults, Apollo Crews and Grayson Waller will go one on one, in a match to be determined when they Spin the Wheel, Make the Deal. The Wheel will be spun on the kickoff show, and the competitors will only have an hour at max to prepare for whatever stipulation is decided. And finally, kicking off the premium live event, five of NXT’s absolute best compete in a ladder match for the vacant NXT North American Championship: former champion Carmelo Hayes, the exciting newcomer Oro Mensah, the massive Von Wagner, fan favourite underdog Wes Lee and incredible high flyer Nathan Frazer all will attempt to climb a ladder and obtain the title, which hangs high above the ring.

+ Bron Breakker (c) vs Ilja Dragunov vs JD McDonagh (NXT Championship): this was a lot of fun, but I was most invested in how hard Booker T was losing his mind for McDonagh on commentary. There was a lot of good action here, including some creative three-person moments, but also an admittedly lacklustre ending. Dragunov has always been fantastic, but I am glad Breakker is so quickly able to hang with both of his opponents here, which can surely only be a sign of greatness to come. This was a good main event, and I look forward to more of all three men on NXT and in big matches together
+ Carmelo Hayes vs Oro Mensah vs Wes Lee vs Von Wagner vs Nathan Frazer (NXT North American Championship Ladder Match): simply because of the competitors, this was an incredibly fast paced match. I’ve made no secret that I am not a fan of how common Ladder Matches are in wrestling these days, but I didn’t feel that disdain in this match. The usual suspects were still on display here – a ladder bridge, some leapfrog spots, etc. — but overall this was a lot of fun. Nathan Frazer is on track to be a superstar, if he is given a real chance 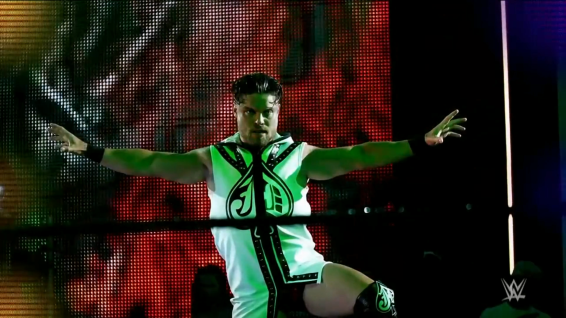 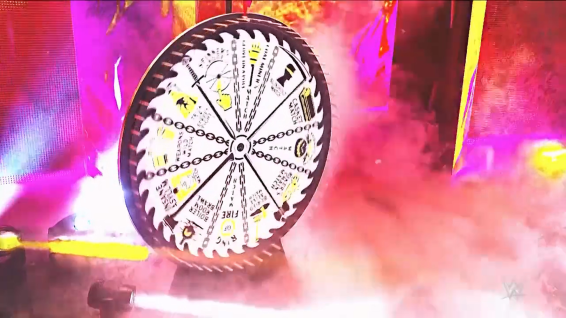 SPIN THE WHEEL, MAKE THE DEAL

– Mandy Rose (c) vs Alba Fyre (NXT Women’s Championship): this was equal parts pre-taped segment and live match, but holy smokes it was a huge waste of time. I admit, I chuckled at the Toxic Attraction team going to Alba’s haunted house (I think that’s what it was? It was the same place Carmelo went to confront Dexter Lumis in the fantastic skit from a few years ago). Whatever, I didn’t like this
– Julius Creed vs Damon Kemp (Ambulance Match) (If Julius loses, Brutus Creed must leave NXT): I did not care for this at all. This looked the best when these two were just waffling each other with various items, but there was a lot of very audible talking to each other and planning ahead for rehearsed moments. I am very impressed with the athleticism of both young guys, but I think this was too much for them too soon. I think it’s also very clear that both guys are going to be big players in NXT and WWE as a whole
– Roxanne Perez vs Cora Jade (Weapons Wild Match): this was sloppy and not very good. There was one particularly good moment, well executed though obviously well rehearsed, but overall this didn’t do it for me. Roxanne Perez is fantastic, though, and I wish both women all the best in their futures as long as they can get away from each other for a bit
– Apollo Crews vs Grayson Waller (Spin the Wheel, Make the Deal): I wasn’t particularly thrilled with the chosen stipulation of this one, and even less so after the little ‘twist’ they threw in at the mid point. I like Waller, but sometimes I think that his being such a deplorable douchebag is only going to hurt him in the long run. I also really like Crews, and often thought him under appreciated on the SmackDown roster. These two did the best they could, but I just think it was far too overbooked, when it could have been a far more straight forward match that benefited them both

> I cannot stress how much I hate this NXT crowd. It seems to be lots of the same people for every show, and they are just too keen to make themselves a part of the show, rather than react to what is happening.

Should you watch this event: The ladder match was easily the best thing on the show, but the main event is also certainly worth your time. Don’t bother with the rest.