The tournament block action of New Japan Pro Wrestling’s (NJPW) annual tournament, the G1 Climax 32, concludes. This year, 28 competitors across four blocks of seven have faced all the others in their block once, with points being determined in the following ways: any win was worth 2 points; any loss was worth 0 points; a tie with no clear winner (such as a 30 minute time limit draw) was worth 1 point each. The overall point leaders at the end of the tonight’s show will enter a 4-way elimination play off tomorrow night — A Block winner versus B Block winner, and C Block winner versus D Block winner — with those two winners facing off two nights from now. The overall winner will earn a briefcase to challenge for the IWGP World Heavyweight Championship in the main event of Wrestle Kingdom 17.

[Please note: night 18 is eight tournament matches straight and the final night of block action. There are incidental spoilers for all the preceding matches. You can catch up with all previous days of action here.]

It all comes down to this for the tournament standings, with three of the four blocks in the G1 Climax 32 primed for a winner to be crowned, though the threat of an unprecedented tie breaker looming in the D Block. In the main event, Kazuchika Okada faces Lance Archer in the A Block. Each man will most likely be in control of their own destiny, as a clear win from either will see that man emerge victorious overall (and a time limit draw or double count out will also see Okada emerge with a point total win). In the semi main event, JONAH looks to throw a wrench into that plan, as he faces the already eliminated Bad Luck Fale. A win from JONAH, and the unlikely event of the main event being ruled a no contest will see “The Top Dog” sneak into first place. In a more standard affair, Jay White and his former Bullet Club companion Tama Tonga will battle for the first time ever to determine the B Block winner, with no difficult maths required: if either man wins, they win overall, and a time limit draw goes the way of Jay White. Also in the B Block, Tomohiro Ishii and SANADA will battle for personal pride, though both are already mathematically eliminated.

The standings in the C Block leave some wiggle room for three potential winners, including the simple answer of Zack Sabre Jr winning outright, if he can defeat Tetsuya Naito in a rematch from last year’s G1 Climax 31 tournament opener. Sabre put Naito on the shelf with a knee injury in that match, and Naito will certainly be looking for revenge against Sabre – and if Naito gets the win, then his tournament will rest on the result of the match before it. Hirooki Goto is the third man still in with a slight chance, when he battles the already eliminated EVIL. EVIL will surely be looking to avenge an embarrassing loss to Sabre just a few nights ago, and ruining the plans of Goto would just be the icing on top. Starting things off, two matches will take place in the hotly contested D Block, with two clear winners possible: Shingo Takagi will battle El Phantasmo, following a contest between Will Ospreay and Juice Robinson. Shingo will be the most in control of his destiny, as a win would have him win the block outright, while Ospreay can win if he defeats Robinson and Shingo is then defeated by El Phantasmo.

The potential winners (or draw scenarios) will be determined as follows.
In the A Block:

In the B Block:

In the C Block:

In the D Block: 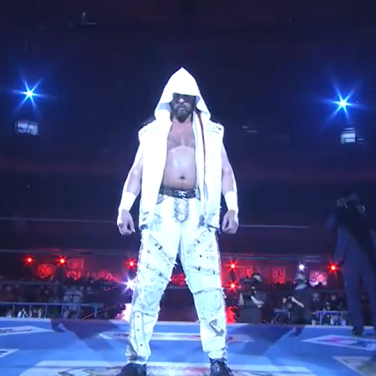 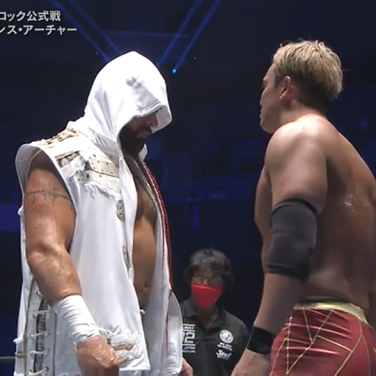 Face to face in the main event.

+ Kazuchika Okada vs Lance Archer (G1 Climax 32 A Block Match): when I say ‘Okada works best when he is on defence’, this is what I mean. This was an old school, underdog hero versus foreign monster match through and through, and I think it made both guys looks really good. I was a little bit frustrated at the immediate ending, but that’s three seconds on what was otherwise a really exciting match that I don’t think the crowd was expecting
+ Tama Tonga vs Jay White (G1 Climax 32 B Block Match): the story going in here has been building for months, and in some ways that was bigger than the G1 points. The crowd was ‘ooh’ing and ‘aah’ing at several points in this, and this ended up being a really good match, as I always expect from White and have come to expect from Tama
+ Tomohiro Ishii vs SANADA (G1 Climax 32 B Block Match): despite the fact both guys are already eliminated, this was really good. I love me some Ishii, and he always brings out the best in his opponents, which is what I have been saying SANADA needs. I don’t know how long this went, but I would have been happy for it to go longer
+ Tetsuya Naito vs Zack Sabre Jr. (G1 Climax 32 C Block Match): Naito’s story going in made everything here really exciting, but the idea that Sabre can beat you at any minute (just ask EVIL) really made this something exciting to watch
+ Shingo Takagi vs El Phantasmo (G1 Climax 32 D Block Match): I absolutely loved this one. ELP is such an incredible athlete, he can spring around on the ropes or just on the mat with such ease. Conversely, Shingo doesn’t have to make his move look flashy to knock you out, which is what he was aiming to do for the most part here
+ Will Ospreay vs Juice Robinson (G1 Climax D Block Match): this started the night in a wild fashion, and that really set the pace for the night. A few big moments did leave the crowd almost silent, which was quite a haunting scene. I love that hook kick that Ospreay does, and it always looks great and sounds even better. Juice can really do that stiff boi stuff when he wants to, and he did some good stuff here, too

– JONAH vs Bad Luck Fale (G1 Climax 32 A Block Match): to be completely honest, this wasn’t much of anything. I know Fale is the home promotion giant, but with the benefit of hindsight, JONAH versus Jeff Cobb probably could have gone in this spot. Fale just doesn’t have the presence that Cobb, JONAH or Archer do
– Hirooki Goto vs EVIL (G1 Climax 32 C Block Match): there was some sort of interesting shenanigans here that worked as call backs to previous House of Torture moments, but overall I can’t say I was completely thrilled. It’s a shame because I really like both guys when they wrestle (House of Torture garbage notwithstanding) so I was hoping to like this more

> my plan was to have screenshots of everyone who was still in contention to win their block… but then I realised that was technically all of D Block, and I wasn’t keen for that many photos. So I just stuck with what I have been doing, which was the competitors in the main event.

Should you watch this event: Frankly, I didn’t agree with some of the winners of these matches, let alone the blocks overall, but I have no doubt that the upcoming matches will be great. This was also a relatively short show, which frankly I found surprising, but I assume that means tomorrow and then the finals are going to be very long matches.