Twenty years to the day that Total Nonstop Action (TNA) Wrestling began, Impact Wrestling continues to fly that flag high at Slammiversary. In the main event, a deeply personal grudge match for the Impact World Championship when the “Walking Weapon” Josh Alexander defends his gold against the sadistic Eric Young, the leader of Violent By Design. In the semi main event, the first ever Queen of the Mountain match in Impact Wrestling, as Tasha Steelz defends the Impact Knockouts World Championship against four of her toughest opponents: Chelsea Green, Mia Yim, Deonna Purrazzo and Jordynne Grace. With so many combustible elements, Impact has employed former champion Mickie James to keep an eye on the competitors and ensure a fair fight. A ten-man tag team contest will also take place, as the team of Honor No More (Eddie Edwards, Matt Taven, PCO, Vincent and Mike Bennett) faces off with the Impact Originals (Frankie Kazarian, Nick Aldis, Alex Shelley, Chris Sabin) and a mystery partner yet to be revealed.

The Impact Wrestling Tag Team Titles will also be defended as The Briscoes, Mark & Jay Briscoe, battle The Good Brothers (DOC Gallows and the new NEVER Openweight Champion in New Japan Pro Wrestling Karl Anderson) with the gold on the line, and separately the Knockout’s Tag Team Championships will be battle for when The Influence (Tenille Dashwood and Madison Rayne) contend with the unlikely duo of Taya Valkyrie and Rosemary. Sami Callihan and Moose will finally come to blows in a Monster’s Ball match, where anything goes in what is sure to be a bloody affair, and kicking off the show is Impact Wrestling’s signature match: Ace Austin defending the X-Division Championship in an Ultimate X match against Alex Zayne, Trey Miguel, “Speedball” Mike Bailey, Kenny King and Andrew Everett, the latter of whom is replacing an injured Jack Evans.

ERIC YOUNG, the challenger, a psychopath

+ Josh Alexander (c) vs Eric Young (Impact World Championship): holy smokes, what a main event. Josh Alexander is one of the best wrestlers in the world right now, and even after his breakout year or so I’d argue he is still overlooked by many. Eric Young is one of those guys that will always give it his all, even if the name doesn’t quite hold up against other TNA/Impact legends, and I for one appreciate it. This was full of callbacks to wrestlers from the history of TNA/Impact, all the way up to incidents that happens just weeks ago, and it really did feel like a true main event. Don’t sleep on this
+ Tasha Steelz (c) (w/ Savannah Evans) vs Chelsea Green vs Deonna Purrazzo vs Jordynne Grace vs Mia Yim (Queen of the Mountain Match for the Impact World Knockouts Championship): this was really good, including some wicked stiff ladder moments that would make event the staunchest hardcore wrestling fans wince. There was not a weak link in this entire match, though I wasn’t a fan of the way Mickie James was used as an enforcer. Grace, Yim and Purrazzo are all fantastic, and Green and Steelz truly aren’t that far behind them. Don’t sleep on this, even if the ‘King of the Mountain’ format is still as wacky as ever
+ Moose vs Sami Callihan (Monster’s Ball Match): as you might expect, this was a whole lot of insane violence. Moose is such an incredible athlete (and he now has a banging moustache) and I’ve been a Callihan fan for as long as I can remember now. This will be one of those matches you either love or hate, but I thought it was a lot of fun. Sami Callihan is a mad man, and I’m here for it
+ The Influence (Madison Rayne & Tenille Dashwood) (c) vs Rosemary & Taya Valkyrie (Impact World Knockouts Tag Team Championship Match): I liked this a lot more than I thought I would. There was one or two particularly sloppy moments/timing issues, but overall these four are in this position for a reason. I’m a big fan of Rosemary and Dashwood in particular, and enjoyed their interactions
+ Ace Austin (c) vs Kenny King vs Mike Bailey vs Trey Miguel vs Andrew Everett vs Alex Zayne (Ultimate X Match for the Impact X Division Championship): Miguel had a great entrance outfit, but he was also the winner of the most recent, lacklustre Ultimate X Match. This was a lot of fun, even as the now too common, ultra convoluted set ups took place. Austin, Zayne and Bailey were the standouts for me, and I think that was the right call to feature those three in particular, but here was nobody that was a negative in the match. Truthfully, I didn’t agree with the winner here, but I can’t fault them 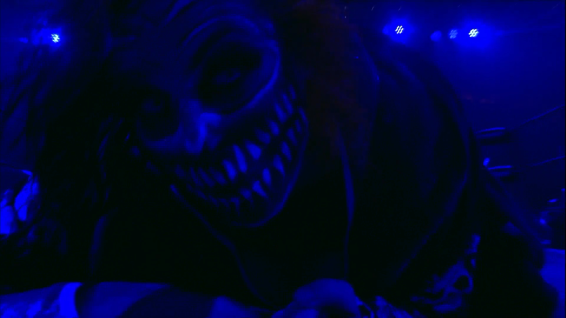 – Impact Originals (Alex Shelley, Chris Sabin, Frankie Kazarian, Nick Aldis & TBA) vs Honor No More (Eddie Edwards, Matt Taven, Mike Bennett, PCO & Vincent) (w/ Maria Kanellis): I enjoyed the reveal of the mysterious fifth man for the Impact Originals, but overall this was not much of a match. There was some good one-on-one bits here, but so much of it didn’t make sense (like the Impact team doing a 5-on-1 beatdown of one of the opponents, as the ref did nothing to stop them). PCO is a freak, though
– The Briscoes (Jay Briscoe & Mark Briscoe) (c) vs The Good Brothers (Doc Gallows & Karl Anderson) (Impact World Tag Team Championships): I think Jay Briscoe and Karl Anderson could be a hell of a match, and even Mark Briscoe, but it’s a shame that Gallows is now involved in wrestling that I watch more often. I didn’t enjoy this, in the same way I didn’t really enjoy their Multiverse of Matches affair, and I can’t even call this one a positive. I really didn’t like the aftermath, either
– I feel like I’ve been saying this for a decade now, but there are just still so many audio issues in Impact. Not necessarily big things, but just things such as video package audio playing unsolicited in the middle of matches, or hearing the commentators talking to the backstage people in the middle of ring introductions

> all throughout the show, TNA/Impact alumni sent in videos congratulating the company on their anniversary. Some of these were a bit cheesy, but overall I really liked it and there was one big surprise in particular

Should you watch this event: This was a damned good show. Slightly overlooking DOC Gallows dragging tag matches down, and the somewhat bloated 10-man tag, there was nothing horrible on this show and both main events were absolute must see matches. Impact has had some ups and downs in 20 years, but this show in particular was a huge positive.