[New Japan Pro Wrestling’s (NJPW) annual light heavyweight tournament enters the home stretch. In this tournament, 20 competitors are split into two even blocks of 10. Each competitor faces the other in their block once, earning 2 points for any win, 1 for a draw, and 0 for any loss (and both wrestlers get 0 if there is no clear winner, such as a double countout). The overall winners of each block will go on to face each other in the final, and the winner there will receive an IWGP Junior Heavyweight Championship match against the defending champion, Taiji Ishimori at Dominion.]

After several competitors luckily avoided elimination last night, there is no chance for some competitors on night nine of the Best of the Super Junior 29, where anybody still on 2 points at the end of this show (Ryusuke Taguchi, Francesco Akira, and at least one of Titan or Master Wato) will be eliminated, no matter any other results. In the main event of this ultra-important show, old rivals collide when El Phantasmo and Robbie Eagles meet one more time. In the semi-main even, Hiromu Takahashi seeks to defend and unlikely upset loss to YOH, when Hiromu faces YOH’s former tag team partner, SHO. SHO’s victory over Ryusuke Taguchi last night came with the return of the House of Torture, so an injured Hiromu had best have his wits about him. For the first time ever, the Impact X-Division Champion Ace Austin, will battle the IWGP Junior Heavyweight Champion Taiji Ishimori in a must see battle to determine the top of the A Block. All of these and many more as the BOSJ 29 enters the final stretch.

+ El Phantasmo (8 points) vs Robbie Eagles (4 points) (B Block Match): Eagles is the absolute best at diving such insane distances that it endangers the crowd… but even ELP gave him a run for that title here. These two did everything in this match, from stiff strike exchanges to pulling out all manner of moves from the legends of the past, this was the second on the show to be an match of the tournament contender. By the time it was said and done, I’d say this was not just a contender, but the best match of the tournament so far
+ BUSHI (4 points) vs El Desperado (8 points) (B Block Match): I’m a big fan of both of these guys, and their matches are always something different to what you’d expect. The record between the two sits at 3-2 in Despy’s favour, but after the last few nights Despy has had this really could have gone either way. BUSHI got to play the underdog hero here against the bullying Desperado, but I was all for it and still enjoyed both guys after the match was done
+ Taiji Ishimori (8 points) vs Ace Austin (8 points) (A Block Match): this one was absolutely great. Austin has been THE standout of the tournament, and going in as champion against the IWGP Junior Heavyweight Champion was a big ask. This was one of the best matches of the whole tournament so far, with an incredibly fun final stretch and an interesting ending. It’s only a shame that it wasn’t later in the night, as both men come in on matching block-high point totals
+ YOH (6 points) vs Francesco Akira (2 points) (A Block Match): Francesco Akira has been another standout in this tournament, though he come in here on the cusp of defeat against someone known for his late surges in YOH. I enjoyed the back and forth nature of this one, though it did feel somewhat inconsequential despite the point discrepancy
+ Ryusuke Taguchi (2 points) vs Alex Zayne (6 points) (A Block Match): this was fun, and perfectly walked the line between comedy and action. Taguchi was on the cusp of elimination, and that felt apparent throughout. I’ve turned the corner on Zayne, and now strongly considering him one of the better performers of the entire tournament
+ Titan (2 points) vs Master Wato (2 points) (B Block Match): I enjoyed this. I know, I’m shocked too. Titan has been underrated throughout this tournament, and I’m surprised that he is here on the brink of elimination. The saving grace is that Wato always gets me invested because I hate to see him win. This was a good start 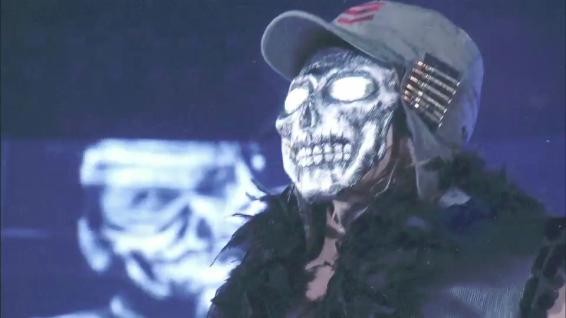 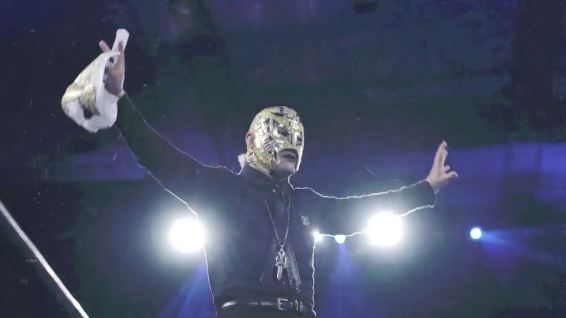 BUSHI, ready for a war with longtime rival El Desperado.

– Hiromu Takahashi (6 points) vs SHO (4 points) (A Block Match): I wanted to like this, but too much of it felt like a repeat of the Hiromu/Kanemaru match. I’d almost suggest this should have happened earlier in the tournament, which is not something I’d often think
– El Lindaman (6 points) vs Wheeler YUTA (6 points) (B Block Match): I have to say, Yuta really hasn’t been as impressive as I expected in this tournament. He has used the Cattle Mutilation at times, but I think he needs to use some of Regal or Moxley’s moved to drill in this idea that he is learning from three of the best. Lindaman was his same self, with a lot of great suplexes and underdog fire, but overall this didn’t really do it for me
– Yoshinobu Kanemaru (4 points) vs Clark Connors (4 points) (A Block Match): this was a good match for Connors, but Kanemaru seemed to be going through the motions. Kanemaru has had two big matches of late, though only one long match, so I was surprised it was such a nothing happening showing from Kanemaru
– TJP (4 points) vs DOUKI (6 points) (B Block Match): both guys have been impressive through this, but I struggled to get into this one. I don’t know if there is even any history between these two, the way there is for BUSHI or ELP when DOUKI is involved

> I had a lot of issues with my NJPW World stream during this show, which I fully admit may have led to some of the less-good reactions I gave some matched. If I get a chance, I’ll go back and re-watch the ones I had interrupted

Should you watch this event: Seek out Ace Austin/Taiji Ishimori and especially El Phantasmo/Robbie Eagles however you can. Otherwise this was a surprisingly dull show, but with a rest night tomorrow I can only imagine that things iwll be better come Saturday night.