Both developed and published by Skookum Arts LLC, The Pedestrian is a side-scrolling (sort of) puzzle platformer originally released in 2020 for PC, but onto Xbox Series X two years later in 2022. Players control a stick figure man or woman as they move through signs which populate our real world. To progress, the doors on these signs need to be linked together and the physical location of the signs may need to be changed, as well a few gimmicks introduced later into the game’s single player experience.

+ the art style is immediately charming, and every now and then you’ll feel the need to stand still in a sign just to make it look like a real world location
+ the game introduces new mechanics as it goes, such as opening gates in the real world to rearrange the order of signs, or needing to run electricity through one sign. The game reached a fine balance between pre-planning and making connection decisions on the fly, which I found immensely satisfying 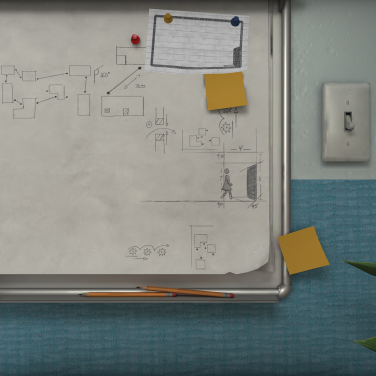 Your character begins as a simple shape on a whiteboard… 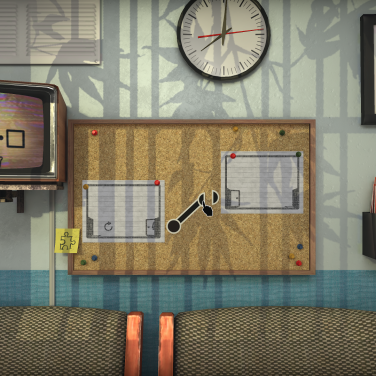 Connecting doorways will allow you to jump between signs.

The great outdoors (and an unused title image for this very review!)

– the whole game is very short, to the point where I worried that maybe I had accidentally skipped entire sections when travelling from one area to the next. The achievement list proves that not to be the case
– I’ll be honest, I was really confused when I finished this. The story is barebones, if there is a story at all, and a fun little gameplay twist comes a bit too late in the game for my liking

> as is seemingly the norm with every puzzle game I review, there was but one puzzle that really stumped me, and once I figured it out I felt like a dumbo. Yes, I was misreading something super obvious

Should you play this game: Xbox Game Pass has been an absolute god send for these short puzzle games, and insofar as that goes then I enjoyed my time on this. But an AUD $30 price tag seems a bit steep for what it’s offering. If you can play this for cheaper — or better still, essentially for free on Game Pass — then you will have a short but sweet time.