[Please note: I openly talk about a fact shown in the trailer which is treated as a third-of-the-way-through reveal in the film itself. Due to this trailer reveal, I can’t really call this a spoiler, but consider yourself warned.]

A Netflix Original Film, Blood Red Skies is a 2021 English/German language horror film directed by Peter Thorwarth. Nadja (Peri Bausmeister), a German woman with a mysterious blood sickness and her son, Elias (Carl Anton Kock) board an overnight flight to New York, along with fellow traveller, Farid (Kais Setti). Part way through the flight, however, a group of terrorists led by Berg (Dominic Purcell) attempt to hijack the plane for ransom, unleashing something horrific onto the passengers.

+ Nadja’s sickness in fact being that she is a vampire makes for some tense moments before the rest of the characters find that fact out. Her twitching at the sight of fresh blood, and the panic that sets in when the terrorists take over make more sense; she’s not scared for her life, but she can hardly be on a plane in the middle of the day
+ a scene involving the terrorists, and Purcell in particular, attempting to frame some of the other passengers really worked well for me and had a fun little twist conclusion, but it didn’t really lead anywhere. Purcell has a charm about him — I think it’s his gruff voice? — but feels underutilised
+ there is a fair bit of fun gore (and some gore I personally don’t like seeing on film). This is a horror movie, and specifically a vampire movie, so expect to see the blood budget used to its fullest 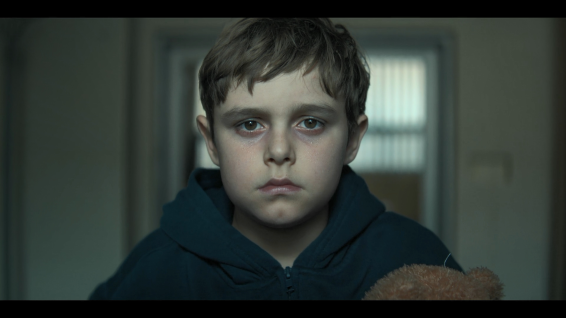 – there is a segment at the very beginning that I felt was really out of place. I guess they just wanted to get the most out of Graham McTavish and his delectable Scottish accent (also the irony of him being in another vampire show, when Preacher’s Cassidy started that series in almost the same plane situation we have here)
– I feel like a broken record by now; why do trailers give away key plot points and then expect us to forget about them for 45 minutes when we watch the movie? It ruined The Woman in the Window, and it made for a tough time watching the first half of Black Widow
– the movie is long, and I don’t think it needed to be so long. This is a schlocky B-movie at best (and I say that with love) so it doesn’t need to take so long to get to the good stuff. There are numerous extended flashbacks that make perfect sense, but are not really required

> what a missed opportunity to call this ‘Stakes on a Plane’.

Should you see this film: Yeah, sure. It’s a fun, gory Netflix Original that goes a bit longer than it should, but definitely doesn’t suck. That was a vampire pun. You’re welcome.