The fourth entry in Rebellion Developments Sniper Elite spin-off franchise, Zombie Army 4: Dead War was released in 2020. Taking place after the defeat of Adolf Hitler, in an alternate timeline where the Fuhrer opted to resurrect the dead rather than cede defeat, players can team up with up to three human controlled companions, or play solo against hordes of monstrous undead. Weapons such as rifles, shotguns, pistols and submachine guns, as well as various grenades, traps (such as trip wires and land mines) and ultra powerful special weapons can all be utilised to traverse the open area combat encounters. All characters come with personal skills, and up to five perks can eventually be equipped providing further bonuses as players gain experience through mission completion and finding hidden collectables. This review is based entirely on the game as a single player experience, because playing online with random people in games like this is always garbage.

+ the campaign is over the top schlock, and it’s perfect. Oh that zombie Hitler, what a wacky fellow. Players travel through various cities from all across Europe, with each location divided into four chapters, which are essentially combat segments between safe rooms. The Venetian canals flowing with blood, or various French homesteads blown to pieces in the aftermath of World War II make for a harrowing sight
+ the combat is standard, third-person stuff. You get a rifle, a secondary weapon and a pistol, as well as a special melee attack. Various grenade types effect the zombies in different ways (electricity grenades stun them, incendiary grenades damage them, divine grenades cause them to take more damage) – it’s not ground-breaking stuff, but the giblets you can turn zombies into make for a delightful romp. I was particularly partial to tearing a mounted turret off its stand and painting the ground in zombie guts
+ there is a sort of fun mechanic wherein any zombie with an in-tact head can rise up to fight again. To make this work, the game has a dedicated “stomp” button, so if you only manage to temporarily down a zombie, you can make sure it won’t come back. It was always fun to go stomping on a fresh flesh pile
+ even when playing single player, you can modify the number of enemies to match what would be in effect if you had two, three, or four players. Oh yes, I enjoyed that, especially on the levels where powerful special weapons were readily available
+ yay dedicated photo mode. You should all know how much I love this by now 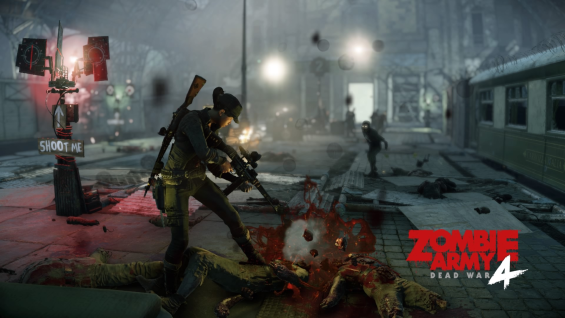 The instructions on the sign are basically a “how to play” this game. 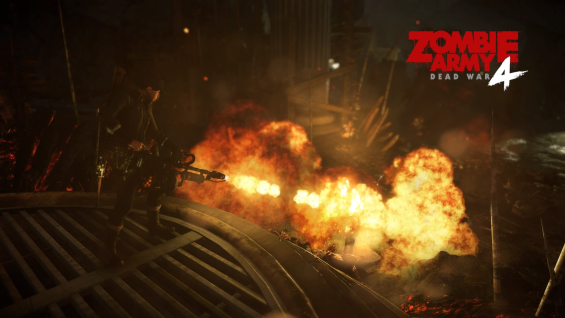 Fun fact: you really shouldn’t ever set zombies on fire, because then you just have to deal with burning zombies. 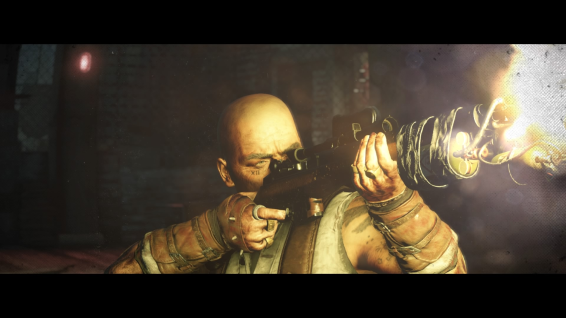 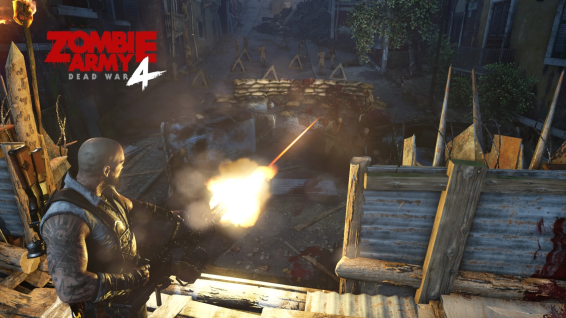 “Resistance heavy. Outnumbered fifteen to one. Situation is under control.”

– video games losing split screen co-op is something that I personally feel is one of the biggest losses of modern gaming, and this is a perfect example. Aside from the slow-motion effect on the Sniper Elite X-ray kill cam sniper shots, there is nothing that would interfere with a couch co-op partner, and the options menu even allows for these to be turned off anyway
– I’m not a big fan of random collectables in these sorts of games, and having to trawl through hidden passages or an out-of-the-way house just to get a document felt like a chore

Should you play this game: This was free on PlayStation Plus, but I admit I had my eye on it for some time. I’m a sucker for the Sniper Elite series, and while the X-ray cams do seem slightly less detailed in this than the previous games, the core gameplay of fighting off hordes of hungry undead is a simple enough thrill. I just really wish it was split-screen.