[The following is a guest review from Dr Xan. This review contains minor spoilers for Superman: Man of Tomorrow.]

Superman: Man of Tomorrow is the 2020 rehash of the well-trod early time in Superman’s superhero career. Clark Kent (Darren Criss) has just started working at the Daily Planet and soon meets Lois Lane (Alexandra Daddario) a new, young reporter fresh from taking down Lex Luthor (Zachary Quinto) for corruption.  As Clarke struggles with his start as both a journalist and Superman he has to contend with Lobo (Ryan Hurst) coming for a bounty on his head and a new, mysterious hero in the form of J’onn J’onzz (Ike Amadi). All of this is soon set aside when a new threat arises in the form of Parasite (Brett Dalton) who seems able to overcome any opponent by absorbing their powers.

+ Ike Amadi who voices J’onn J’onzz / Martian Manhunter really nails the voice I’ve come to associate with the character after so many years of Carl Lumbly voicing the character in my head (from the animated Justice League / Justice League Unlimited series)
+ Parasite starts his transformation as basically an energy vampire who can suck the ‘life force’ from regular humans, leaving them as withered husks (I only wish they kept this sort of character design throughout)
+ I know it’s been done before, but seeing Superman’s clothes tear and burn away as he fights is always cool, and this is definitely the first time I’ve seen Superman fight completely butt naked
+ Lobo is gross and a jerk, as he should be
+ Alexandria Daddario voices Lois Lane in this film, I feel this is worth mentioning due to this blog’s stance on her (MoshFish note: I love her so much. She can do no wrong) 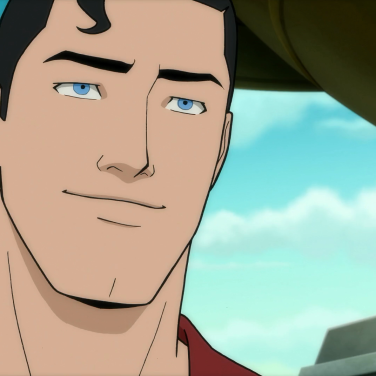 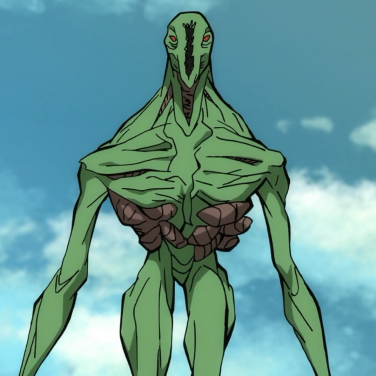 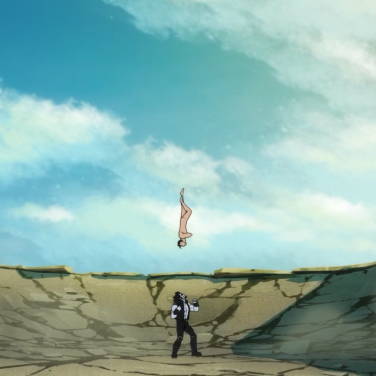 – why can Parasite not use all of the powers he absorbs from people? He can absorb invisibility and laser vision, but not flight or shapeshifting
– if Parasite is supposed to ‘evolve’ after absorbing energy then why does he lose his damn feet when he evolves? Also, how does he become giant before fighting Superman and Lobo, because we haven’t seen him absorb that much energy since he fought Superman, and he was clearly still human sized in the following scenes
– the character design and animation style all seem like a sort of faux anime style where characters look super anime in some scenes, but others just look rushed or lacking in detail
– I cannot express how stupid it was to watch Lex Luthor grab something and run away from Superman and Martian Manhunter and actually get away for a time
– why did Parasite ignore the obviously huge energy of a nuclear reactor and instead attack a bridge full of random idiots only to turn back to the reactor later?
– why does one of the heroes do absolutely nothing while a nuclear reactor is about to explode except call his Superbuddy, who is further away than him, to come fix it?

> Superman attempts to beat parasite with the worst Planeteer power
> if they just wanted to do a ‘Parasite is a kaiju’ move then they could have easily just done that
> a guy threatens the giant Parasite with a tire iron in this movie and other citizens, after seeing the air force try and fail to kill It, decide to throw Molotov cocktails at it. These are things that happen in this film

Should you see this film: No. There are better Superman movies on Netflix alone let alone all the others that have been made over the years. If you want to watch Superman and friend battle monsters with good voices but bad animation just go and watch the Justice League animated show from the early 2000s, at least that had better story lines.