[Please note: there are FULL spoilers for the entire fifth episode of season 1, as well as all preceding episodes.]

Now sometime in the 1908s, Wanda cannot get Tommy to sleep, and Vision is having the same luck with Billy. Wanda sends Vision off to find the binkies, and while he is gone, Wanda attempts to make the twins sleep with magic, though she is unsuccessful. Through the front door, almost as if it was planned, neighbour, “Auntie Agnes” arrives and offers to help. Vision is not onboard with the idea, and Agnes awkwardly pauses, and appeals to Wanda directly if they should “take it from the top” like an actor on a set. Wanda convinces Vision to allow Agnes to look after the twins, though Vision clearly notices that something strange is going on. Suddenly, the twins age to approximately five years old, thought Agnes seems to not react.

In the S.W.O.R.D. base nearby Westview, Monica Rambeau is being examined after her expulsion by Wanda. Agent Woo and Darcey Lewis meet her in the lab where Monica’s scans have come back blank, and more blood is required for testing. Rambeau refuses, and the trio head to a meeting run by Director Hawyward. Hawyward characterises Wanda as the “principle victimiser”, before Agent Woo gives a run down of Wanda’s personal history, with Hayward sure to mention the incidents in Germany and Lagos. Hayward reveals that nine days prior, Wanda broke into the SW.O.R.D. headquarters where Vision’s body (remains?) were being kept, stole and subsequently resurrected him. Rambeau, Jimmy and Darcy wonder how Wanda has even resurrected Vision without the Mind Stone, and the consequences of Vision learning the truth.

Wanda and VIsion attempt to get the newborn twins to sleep. 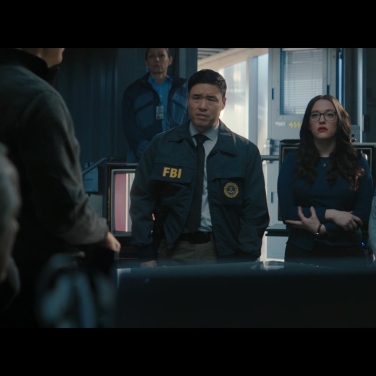 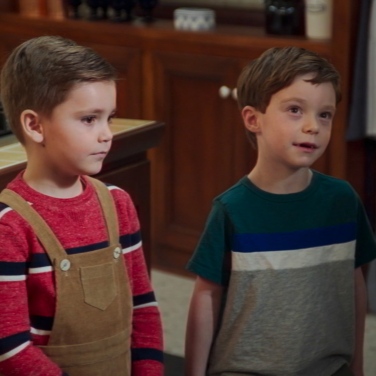 Later in Westview, the aged twins are cleaning something in the kitchen sink. Wanda enters, and discovers the boys have rescued a stray dog, but Wanda allows the boys to keep him. Vision remains in human form, as he believes someone might just pop over, and again, as if summoned, Agnes arrives with a dog house. Wanda fragrantly uses her powers to create the dog, Sparky, a new collar, much to Vision’s dismay. Wanda dismisses Vision’s concerns, noting that Agnes didn’t even notice the twins’ earlier age-up. Vision again questions what Wanda is hiding from him. Tommy and Billy age themselves up to ten years old, with Agnes simply commenting that she hopes the dog remains the same.

Outside Westview, Darcy and Monica fill Agent Woo in on the happenings inside. Darcy calls the anomaly/forcefield a “Hex”, due to its hexagonal shape. Jimmy questions who the twins are, and Monica explains that everything inside the anomaly is real, despite how it appears on TV. However, Agent Woo and Darcy agree that Wanda manipulated reality and perception of those inside. Monica theorises that Wanda would have defeated Thanos single-handedly, had the latter not initiated a blitz, and Woo mentions that Monica’s old friend, Captain Marvel, almost did the same. Darcy asks about Captain Marvel’s powers, but Monica shuts down the discussion. In the laboratory, Monica realises that her clothes from inside Westview have been created from the Kevlar vest she was wearing.

At his Work, Computational Services, Vision sets up a new, 1980s computer for himself and norm. Norm receives an email from a Dr. Darcy Lewis, and the entire office begins to read the email out loud – before breaking out in laughter, as they perceive it as a joke. Vision “awakens” Norm, returning him to the real life person of Abilash, who panics and expresses concern for his sister, and ill father. Vision returns him to his “Norm” persona, but is deeply troubles. Back at home, the ten year old Billy and Tommy question how time works, as it was Saturday earlier in the day, but Wanda now claims it’s Monday. Wanda reveals that she has a brother, but he is far away from her.

“Norm” crashes back to reality, before Vision puts him back under Wanda’s spell.

note to self: red eyes = danger

Wanda meets with S.W.O.R.D., and sees “Geraldine” for the first time since expelling her.

Something outside spooks Sparky, who runs outside with Wanda and the twins in tow. A drone suddenly appears, flown by Monica Rambeau from outside the Hex, where Rambeau attempts to talk to Wanda. Hayward fires a missile which was installed unbeknownst to Monica, before a perimeter breach is triggered at the forcefield wall. Wanda exits, and warns the S.W.O.R.D. contingent to stay out of her home, “If you don’t bother me, I won’t bother you.” Wanda notices Rambeau, who pleads that she didn’t know the drone was armed. Monica asks what Wanda wants, and Wanda claims she already has everything she wants, and that nobody will take it from her again. Mind controlling the S.W.O.R.D. agents, Wanda re-enters her Hex field, turning the barrier a deep scarlet colour.

An advertisement for Lagos branded paper towel is shown: “For when you make a mess you didn’t mean to.”

Wanda, Tommy and Billy are looking for Sparky, when they come across Agnes, holding a dead Sparky, who apparently got into Agnes’ azalea plants. The twins agree to age themselves up to escape the grief. Wanda stops them, however, intending to use Sparky’s death as a teachable moment, but the twins ask why Wanda doesn’t just bring Sparky back to live, which Agnes overhears and expresses shock at. Vision soon joins them, home from work. Later that night, Vision wants to talk with Wanda about what is happening in town, including what Norm said, free from Wanda’s control. Wanda wants to drop it, but Vision expresses the fact that Wanda cannot control him. Wanda attempts to roll credits over their argument, but Vision breaks the reality, and the two argue in earnest.

Wanda claims to have no knowledge of what is happening, while Vision admits he cannot remember anything before Westview, and he is scared. Wanda calms Vision down, by reminding Vision he is a husband and a father. Vision almost makes a breakthrough to Wanda, before the doorbell sounds, despite Wanda claiming she has nothing to do with it. Wanda opens the door, and is shocked to see who is standing there. Outside, Darcy is watching the events on a screen, and the man at the door is revealed to be Pietro (Evan Peters), Wanda’s dead brother, though not in the form Darcy recognises. 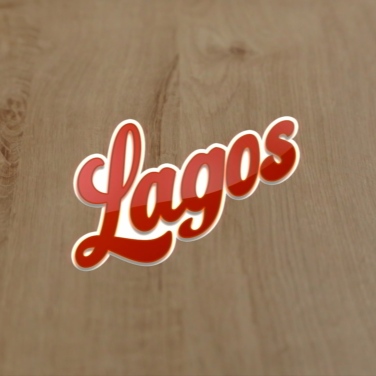 “For when you make a mess you didn’t mean to, like saving Nigera from a bioweapon with acceptable human casualties.”

Oh lordy, I was ready to see some Witch vs Synthezoid action. 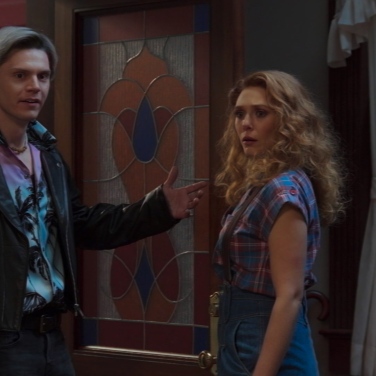 That Pietro Maximoff is a real Fox, isn’t he?

+ the opening credits are well into the 80s, and inspired by none other than Family Ties. How amusing that Wanda gave Vision a “baby form” during that opening credits scene, considering he’s only been “alive” for some five years now
+ Wanda’s neighbour calls herself “Auntie Agnes” which I believe all but confirms that she is in fact the comic character, Agatha Harkness, often called “Aunt Agatha” by Scarlet Witch in the stories
+ I don’t know if I trust Director Hayward. He seemed unnecessarily antagonistic against Wanda (though considering their previous and later interactions, maybe it’s justified). He also didn’t seem quite as keen to talk down on Hydra as others were.
+ Director Hayward claims that Wanda has resurrected Vision, but considering the jump scare from the previous episode, I don’t know if I agree. I think Wanda is just using her glamour (shoutout to The Wolf Among Us) to make Vision appear alive, and Vision is actually his head-holed real self. This also ties into what Woo says later, about Wanda manipulating perception of reality
+ Wanda’s meeting with Hayward was interesting, not least of all because she had her accent back again. She also looked exactly as she did in the Thanos fight, and at Tony Stark’s funeral. I wonder what she’s been up to in the meantime… oh right, the body theft.
+ the “Lagos” brand paper towel is a clear reference to the incident which kicked off Captain America: Civil War and the Sokovia Accords, where — *checks notes* only eleven people died? Considering the biological weapon that Brock Rumlow and Hydra were attempting to steal, and the death toll that could have arisen from that, I’d say eleven is a damn good outcome
+ the other Quicksilver has so many wild implications. Are all of the Fox X-Men films now part of the MCU? Does Wanda recognise that it’s not the Pietro she knew? The best part about Wanda in the MCU is that she is basically a free reset button for whenever they want to recast someone, or wipe a character from existence entirely
+ I really enjoyed the argument between Vision and Wanda at the end there. Paul Bettany is doing his best work as Vision on this show, by leaps and bounds. Though, so is Elizabeth Olsen

Sometimes the best homages are the ones that aren’t subtle at all.

– Hayward and Woo directly confirm that there is no “Scarlet Witch” in the MCU just yet. I really hope it’s coming later in the series, perhaps even intended as an insulting nickname from Agnes or even Vision. I just want her moniker to be used
– the section with Vision and Norm means that the previous episode has a massive continuity error. S.W.O.R.D. had already written the interaction between Vision and “Norm” before it happens – see down the bottom of my recap of the previous episode – and furthermore, how did they even know? Surely it’s not like that would appear on the “Wanda tv show” that S.W.O.R.D. was watching. It’s really disappointing, especially as the showrunners must have known people would be looking for any Easter eggs they could
– I can’t help but think of things that were said in the very first trailer, and how we have yet to see them play out in the series. Knowing what we know now, they seem like massive spoilers, which of course we didn’t know at the time

> who was Monica Rambeau referring to, about “I know an aerospace engineer who’d be up to this challenge?” Part of me assumes it must have been Reed Richards, aka Mister Fantastic, just because I assume that’s where all of this “S.W.O.R.D + big bang cosmic radiation” stuff must be going

Final thoughts: I still love this. Vision is breaking free of Wanda’s control, the first interactions between Wanda and others outside of her hex, and an alternate universe Pietro have me on the edge of my seat.