Cole (Judah Lewis) is still haunted from his encounter with his former babysitter, Bee (Samara Weaving), but agrees to head out on a small getaway with Melanie (a returning Emily Alyn Lind) and new student at school, Phoebe (Jenna Ortega). Things soon go off the rails, as the cult from the first film return, and Max (Robbie Amell), Allison (Bella Thorne), Sonya (Hana Mae Lee) and John (Andrew Bachelor) once again hunt down Cole and his friends. The Babysitter: Killer Queen is directed by McG, and once again released onto Netflix in 2020.

+ Robbie Amell is the absolute star of this movie. Everything about him, from his over the top personality to the fact he is shirtless literally the entire time makes me almost want a spin off of his character instead. Thorne is funny as the self-absorbed party girl, and Bachelor has a lot of funny lines of his own. Much like the first movie, these cult members are absolutely the best part
+ the plot is almost a retread of the first movie, but with enough little changes to make it feel like a genuine sequel and not just an attempt to redo the original. Ortega’s role as Phoebe is at least more than just what Melanie was in the first
+ I may be in the minority, but I found this movie to be really funny. The extreme, head-explosions of gore return from the first offering of the series, with even more splatter and squish and slice and pop than you’ll expect. It’s all treated as a comedy, but if you don’t like this stuff I can’t say it won’t shock you 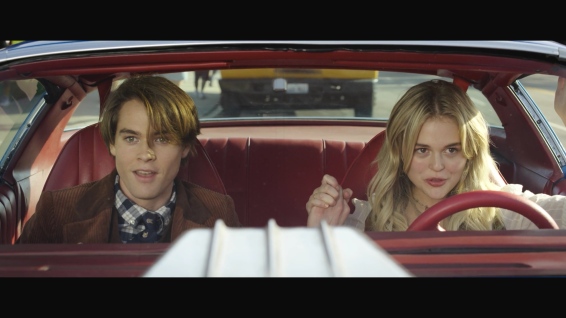 Max (Robbie Amell). back from the dead and as shirtless as ever

– it’s a shame the returning cult are so entertaining, because they completely outshone Cole, Melanie and Phoebe. Phoebe, at least, gets some backstory of her own to catch up with the other two, though your mileage may vary on whether its as effective as the film wants it to be
> Cole’s parents (Ken Marino and Leslie Bibb) have a slightly larger role. I did not care for it at all, and they actively dragged the movie down

> for those that liked the first film, or this style of ultra-violent comedy-horror, do yourself a favour and check out Tucker & Dale vs. Evil. It is genuinely one of the best of the genre you’ll ever find

Should you see this film: If you liked the first, then sure. It may not be quite as good as that first film, but the returning cult members are as fun as ever, and there is just as much of that ultra-gore through a comedy lens to sate your appetite.