Developed by Tarsier Studios and published by Bandai Namco Entertainment, Little Nightmares is a side-scrolling, 2.5D puzzle-platformer set in a horrific world. Players control Six, a young girl in a bright yellow raincoat, as they set forth to escape a large structure and avoid the various monstrous inhabitants. Six can sprint, jump and climb across various objects, push and pull items into certain positions, and utilise a small spark to ignite candles or lights across the vast complex.

+ taking the best parts of abstract horror from the Studio Ghibli film Spirited Away and Playdead’s Limbo/INSIDE duology, Little Nightmares is terrifying. Outside of the intentionally unsettling imagery, it is the blank parts you are forced to fill in yourself that make this a very unsettling experience
+ the world is designed in a way that you think you understand it, but it will soon hit you just what you’re looking at. Generally speaking, lights indicate the direction to travel to progress the story, but there is always reason to explore the darkness. I had the thought this was like Dark Souls, when you first get to Anor Londo: no, the game is not poorly designed for everything to look too big for your character. You are just an unimportant speck of dust in this place, and it shows
+ with no dialogue, the game had have to some great sound design to make up for it, and it did. The small grunts that come from the player character show her struggle; the clanking of chains and surroundings build the environment; and the unholy shrieks from a pair of twin enemies is horrifying, and a sign to run for your life. The soundtrack disc that came with my physical game copy is already loaded onto my computer and getting some plays 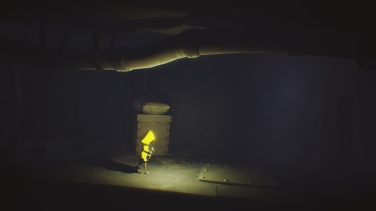 Thankfully, you do have a little light. 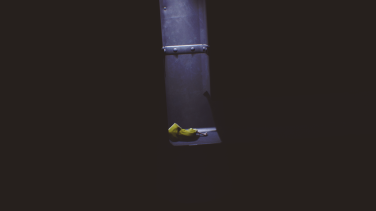 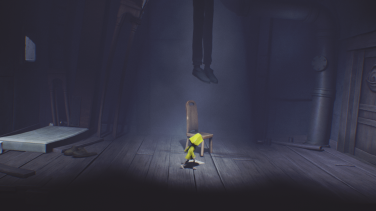 I can’t believe this man learned how to levitate.

– frustrating checkpoint system, with no clear rhyme or reason for the distance between them; sometimes you’ll restart just outside the room you were in, otherwise there’s a three minute, precision jumping puzzle to get back to where you were
– the game is very short, and able to be completed from scratch in about two and a half hours. There is even an achievement for finishing the game within one hour (and no deaths/fails) so the game does not pretend to be an 80-hour epic

> I purchased this on its release, but never got around to finishing it as I packed all my stuff up to move house several years ago. I’ve recently unpacked all my games, so expect some more few-year-old games to come
> A sequel is currently in development, and slated for a 2020 release. It’s been promised to be bigger, and that can only mean better

Should you play this game: I really liked this. It was admittedly very short, but the atmosphere, gameplay and especially the enemy design had me on the edge of my seat the whole time.