A standalone sequel to 2016’s Suicide Squad, and the eighth film in DCs inconsistent cinematic universe, Birds of Prey (and the Fantabulous Emancipation of One Harley Quinn) is a 2020 superhero action movie, directed by Catchy Yan. Margot Robbbie reprises as the titular Harley Quinn, as she finds her life changing: she splits from the Joker and is tasked to find and capture Cassandra Cain (Ella Jay Basco) by the notorious crime lord, Roman Sionis, aka The Black Mask (Ewan McGregor). Also on the prowl to find young Cassandra Cain are three of Gotham City’s toughest bounty hunters; Dinah Lance (Jurnee Smollett-Bell), Helena Bertinelli (Mary Elizabeth Winstead) and detective Renee Montoya (Rosie Perez).

+ Ewan McGregor is fantastic, and easily the best part of the movie. The ease at which he flips from overtly flamboyant to downright terrifying is captivating. The subtle and/or obvious but unsaid chemistry between Sionis and Victor Zsasz (Chris Messina) adds another layer to an already very complex character
+ truthfully, this was the first time I’ve enjoyed Margot Robbie as Harley. Suicide Squad was a trainwreck of a movie, but it also didn’t do the Squad justice as characters. Here, my long time favourite Harley is given a real chance to be an intelligent, former psychologist, outstanding gymnast and genuine insane supervillain, and more than simply ‘the girl’ of a team (and yes, even the most cynical of people in I must admit the difference a female director has on a strong female character – I hope James Gunn continues that success in his upcoming film) 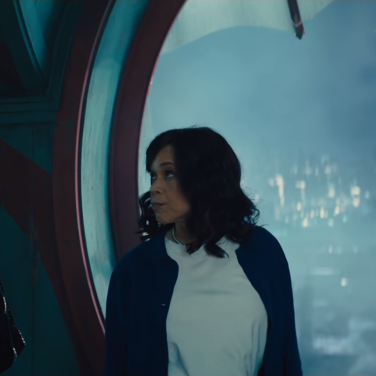 A huntress, a detective and a canary: the Birds of Prey

– despite the performances from their actors, the characters of Black Mask and especially Victor Zsasz are completely and utterly wasted. One line in particular shifts all of Zsasz’s hate from Batman onto Harley, and that immediately ruined any goodwill the movie had built up
– I am a big fan of Mary Elizabeth Winstead, but even that is not enough to make me enjoy her character. Off the top of my head, I don’t know of Smollett-Bell or Perez from anything, but neither of them impressed me, and I don’t intend to seek them out
– maybe I am misremembering my Renee Montoya, but I don’t think having her be some 20 years older than the other Birds of Prey was a good idea. Instead of a team, the trio comes across as the two young, actually useful members… and their mum. Hopefully this point doesn’t come across as me simply wanting three more pieces of eye candy, because Gotham’s women are indeed some of the strongest in comics. I just didn’t like the way Montoya was portrayed
– none of the action was fun, and certainly not believable. No matter how good a detective you are, or how good you may be with a crossbow I don’t believe that any of the trio could out muscle the much larger male enemies. The over reliance on flips and dropkicks only took this further. The best part about Batman in Batman v Superman was his quick, brutal, precise striking, which surely Huntress should have some use of as well
– the soundtrack lacked any of the bangers that Suicide Squad had, and none of the score stood out in the way Wonder Woman’s theme did in her two showings

> I’m not necessarily saying that Stephanie Beatriz (Brooklyn Nine-Nine‘s Rosa Diaz) should be typecast into that same role, but when Brooklyn Nine-Nine did a better Renee Montoya than this Hollywood blockbuster, something needs to be done
> I would like a spin off of Bruce the hyena, please and thankyou

Should you see this film: Please god almighty, no. Not only does it butcher the Birds of Prey (the DC Comics team) by shoehorning in everybody’s least favourite version of Harley Quinn to their origin, it fails at simply being a fun movie. By literally wasting two of Batman’s most underappreciated villains (but Zsasz in particular) I can’t even say it is something I can just forget about and move on.