An adaption of the second half of Stephen King’s novel, and a sequel to 2017’s first film It: Chapter Two is a 2019 horror film. Set 27 years after the conclusion of the previous film, the now adult Losers Club, Bill (James McAvoy), Beverly (Jessica Chastain), Richie (Bill Hader), Ben (Jay Ryan), Eddie (James Ransone) and Stanley (Andy Bean) are contacted by Mike (Isaiah Mustafa) and called to return to Derry to finish the fight with It, Pennywise the Dancing Clown (Bill Skarsgard). All of the young Losers from the previous film make a return in flashbacks.

+ of all the new, older Losers, Hader stands head and shoulders above the rest in what I would call one of his best ever performances. Finn Wolfhard’s Richie “Trashmouth” was my favourite characters of the first film, and Hader continues that here. Otherwise, Chastain and Ransone were my favourites of the Adult Losers. Surprisingly, McAvoy, an actor I generally enjoy in everything he’s in, was the weakest of the adult actors, mostly because I just kept thinking to myself ‘that’s just James McAvoy’.
+ Pennywise is much more menacing in this movie, with many of his comical antics (including but not limited to playing with his food) all but done away with. This Pennywise is the nightmare clown we all fear
+ many, if not all of my faults of the original film are rectified here, with explicit mention of the Losers’ Clubhouse, the ritual of Chud and Pennywise’s terrifying appearance and how it might relate to luring in victims. If and when a mega-cut is made, fan made or official, I can’t see there being too much to complain about in that regard 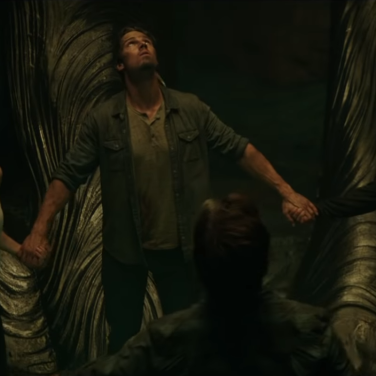 The adult Losers, preparing to do whatever it takes to banish their fears. 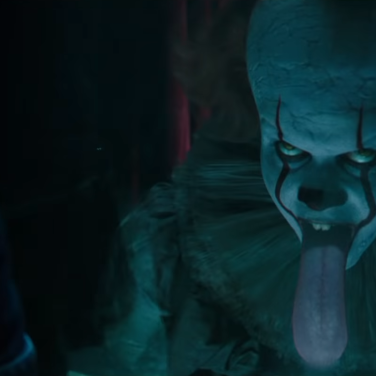 The more exaggerated physical attributes often come across as quite comedic… 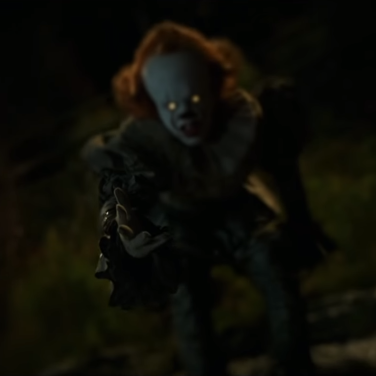 … whilst Pennywise just being himself is most unsettling.

– I complained of the first film that too much was left out, but ironically the opposite is true here; a few plot points are given extended time whilst others from the book are left out. In my opinion, the omissions may have served the same purpose as the inclusions, and added even more
– some of the CGI is just laughably bad, including a few of Pennywise’s different forms. Generally it’s pretty good, but unfortunately that just makes the bad stuff appear even worse
– the ending sucks. It’s highlighted in the film, as a sort of lampshade hanging on Stephen King himself, but just because something is pointed out to be ironic, doesn’t make it any less true

Should you see this film: I liked the first film, and I was pretty much always going to like this second. That said, it is very long, and the general atmosphere is not quite as engrossing, mostly due to the fact that the children cast are so captivating as friends, where this adult cast could not hope to compete. Pennywise is arguably more of a threat in this film, but it’s hard to say this is the better of the two films. Still, if you liked the first, you’ll enjoy this one too.