[Please note: By the time I post this, and indeed you read it, the tournament is over, and a winner has been crowned. I have no idea who that may be, and to save myself some time, I am only going to review the G1 tournament matches themselves. There are potential spoilers for every previous day of action.]

New Japan Pro Wrestling’s (NJPW) annual heavyweight tournament begins, where for the next few weeks, two blocks of ten competitors will compete in a round-robin format in the G1 Climax 28. The two winners – one from the A Block, and one from the B Block – will then face off in the final, with the winner receiving the main event title match at the annual January 4th show, Wrestle Kingdom. Day 11 is a return to action for the A Block, as competitors such as Togi Makabe, Hiroshi Tanahashi, Kazuchika Okada and Mike Elgin take center stage. The field of potential winners is thinning, and as we get to the home stretch, every win counts.

+ Kazuchika Okada vs Mike Elgin (G1 Climax A Block Match): this was really good. For whatever reason, these two have great chemistry, and I think I said the same thing of their match last year (not to mention each have great chemistry with Omega, if they want to go that route for the finals). It is hard not to think Okada is going to the finals, whether he won this match or not. I really enjoyed this
+ YOSHI-HASHI vs Hiroshi Tanahashi (G1 Climax A Block Match): considering I don’t much care for either of these guys at the moment, this was surprisingly good. YOSHI-HASHI has been so inconsistent in his matches, but this was easily one of the better ones. Tanahashi is what he is, and while I don’t much care for him, this was a good showing from him in a match he was heavily favoured to win
+ Minoru Suzuki vs EVIL (G1 Climax A Block Match): I was surprised at the way this match ended up going, but not necessarily in a bad way. I am a big fan of both these guys, and I thoroughly enjoy when EVIL gets to do his thing in a singles match – if EVIL ever has a falling out with LIJ, I can see him having some killer, stiff matches against the likes of Goto, Ibushi and Ishii. This was good
+ Hangman Page vs Jay White (G1 Climax A Block Match): both guys have had pretty good tournaments (in terms of match quality, not necessarily their win-loss records), and they always seem willing to kill themselves for our enjoyment, and it certainly worked here 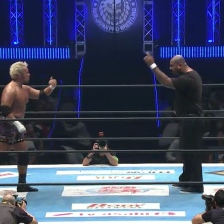 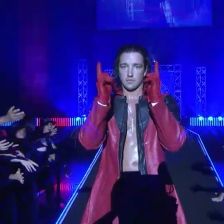 The Switchblade has his eyes on the goal 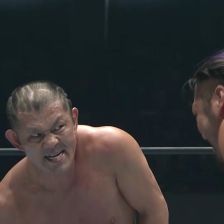 Minoru Suzuki is pissed off at EVIL 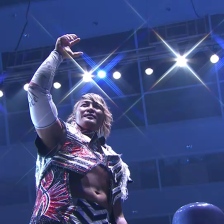 The one in a million, Ace of the Universe

Who doesn’t like a Burning Hammer from Big Mike? Okada probably won’t.

– Bad Luck Fale vs Togi Makabe (G1 Climax A Block Match): we’re too late into this tournament for me to even pretend this was anything special at all

> unfortunately, as we get later ino the tournament, the mathametical “can’t-wins” start to appear, and it just makes for unappealing match ups. Obviously, NJPW saves the biggest and best matchups, between it’s biggest and best workers, for the final few nights, and that just means we get left with the dregs as we move onwards.

Should you watch this event: I wasn’t looking forward these matches when I saw them in paper, but in reality they ended up being pretty good. Elgin/Okada in particular was a great main event, and I am a little bit disappointed that Hangman is in the list of people who cant win, because he and Switchblade have had a good showing for their first years.