Following on from the crossover team up, The Defenders, Jessica Jones returns for the second season of her solo outing. Now a known super-powered hero, Jessica Jones (Krysten Ritter) is continuing her work as a private detective, alongside her assisstant-of-sorts, Malcolm (Eka Darville) and sort-of working for lawyer confidant Jeri Hogarth (Carrie-Ann Moss). When Jessica’s adopted sister and radio personality Trish Walker (Rachael Taylor) stumbles across the details of how Jessica got her powers from the mysterious organisation IGH, Trish and Jessica begin to be targeted by those involved.

For the record, I absolutely hared the first season, and in my mind it was easily the worst of the first seasons of the first four shows. I could not stand how dumb and unlikable all of the characters were, whether intentionally or otherwise, and didn’t even bother reviewing it because I had nothing positive to say at all. That is not the case here.

+ Ritter’s performance as Jones is good, and I am glad that the reasons for her at-times unlikable personality are now things we have seen (compared to season 1’s constant flashbacks). I don’t recall if there were the old film-noir voiceovers in the first season, but here they were thoroughly enjoyable, and really gave the series a life of it’s own outside of ‘superhero show’. Trish (Taylor) and Malcolm (Darville) were good as the seconds, and when the story focused on them I never got bored, and I really look forward to where Trish might be heading (reow)
+ for the most part, the plot kept my interest. The series taking on a much more ‘detective noir’ approach worked with the underlying mystery, but brought into the new millennium with things like ‘the cloud’, online dating and iPhone GPS as plot points.
+ the season wraps itself up so perfectly at around the mid way point of episode ten, it seems like the writers KNOW that 13 episodes is too many. Having said that, the entirety of episode 11 is fantastic, and once the season was completed I didn’t mind as much as the previous shows that this was the baker’s dozen worth of episodes. I do think a flat 10 episodes would still be better though, not to mention it works better with my OCD 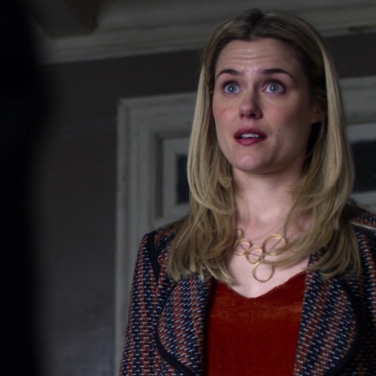 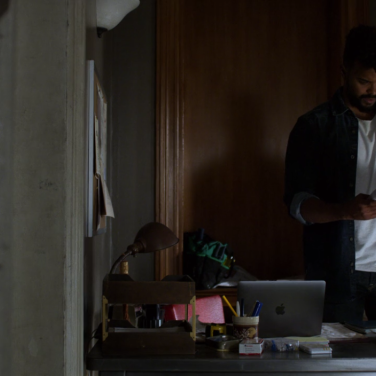 – from the beginning, the show suffers from a lack of a real villain. Sure, there are some conspiracies and a few nice twists and turns, but Killgrave (David Tennant) was such a force in the first season the show was always going to suffer without him (unless he is still alive? *dun dun dun*)
– man oh man Jeri Hogarth’s (Carrie-Ann Moss) whole story was boring. She was such an idiot (and I get it, she’s gay!) that I was tempted to skip every scene she was in. Once things get worse for her it almost made it better for me, but I really wasn’t interested in everything about her and her story
– I think there was a single throwaway line about the Defenders, but other than that it almost felt like Defenders never happened. Surely Jones would be far more concerned that daredevil is dead, or that Danny Rand is still around in near the same area she is in? Surely Rand or even Hogarth could help her find out far more about the IGH conspiracy than her radio personality friend could? I dunno

Should you watch this show: As mentioned, I did not like the first season. Perhaps because of those low expectations going into this season, I found season two to be very enjoyable. Ritter was much more tolerable as Jessica Jones, Trish is still ridiculously hot, but now also has a real story of her own. This was much better than season 1, and despite a heavy lack of Killgrave, and I can recommend giving this a chance if you didn’t like the first season.