Day two of New Japan Pro Wrestling (NJPW) and Ring of Honor (ROH)’s joint show, Honor Rising 2018, once again comes live from Korakuen Hall. The main event will see the first straight tag team contest for the Golden Lovers, the team of Kenny Omega and Kota Ibushi, in over three years, as they go up against Cody and Marty Scurll of the Bullet Club. With the Bullet Club fracturing more and more every night, will it be able to last through another intra-Club fight? The Ring of Honor heavyweight championship will also be defended, as Dalton Castle looks to take on an injured Beretta, but it is never too late for someone else to step up to the plate if they so desire. The NJPW NEVER Openweight Six Man Tag Team Championships are on the line as the Bullet Club trio of Bad Luck Fale, Tama Tonga and Tonga Loa face the strange trio of Cheeseburger, Delerious and Jushin Thunder Liger, and the Beer City Bruiser follows up on his brawl with Hirooki Goto as the Bruiser faces against NJPW young lion Toa Henare. All this and more on the second and final night of Honor Rising 2018.

+ Golden Lovers (Kenny Omega & Kota Ibushi) vs Bullet Club (Cody & Marty Scurll): following on from yesterday’s six-man tag, the Golden Lovers were stil working out their newly put-back-together team, and Scurll and Cody were still not entirely on the same page. I don’t think too much else needs to be said for individual performances, but this was fantastic. And the post-match may be even more interesting still
+ Dalton Castle (c) vs Beretta (ROH World Championship): there was a change to this before it even began, but damn if it didn’t make it all the more exciting. Castle was a great defending champion, Beretta was a huge fan favourite, and the addition to the match-up was such a pleasant surprise that this turned out to be one of the best matches over both days
+ CHAOS (Chuckie T., Jay White & YOSHI-HASHI) vs The Hung Bucks (Hangman Page, Matt Jackson & Nick Jackson): very similar to yesterday’s show, Lethal, White and Page were all impressive, and the Bucks are the Bucks. I still don’t relly have an opinion on YOSHI-HASHI, even though I think he is getting better in his more prominent matches. The crowd was behind Page, and the post-match shenanigans set up some interesting things. This was good
+ Bullet Club (Bad Luck Fale, Tama Tonga & Tanga Loa) (c) vs Cheeseburger, Delirious & Jushin Thunder Liger (NEVER Openweight 6-Man Tag Team Championship): gosh the size difference between Fale ad Cheeseburger is enormous. The underdog challengers were so beloved by the crowd that every single near-win made the place explode, before the finish of the match got one of the biggest reactions of the night. This was another good match that was made even better by the reaction from the crowd
+ Flip Gordon & Ryusuke Taguchi vs Los Ingobernables de Japon (BUSHI & Hiromu Takahashi): this was really good. Hiromu, BUSHI and Flip are great wrestlers, Hiromu and Taguchi are great characters, and both duos are great teams, so this was just a really solid match. A few big moves will make a few highlight reels, and the ending was a moment that made me say ‘holy crap’
+ Jay Lethal and Taguchi Japan (David Finlay & Juice Robinson) vs Bullet Club (Chase Owens, HIKULEO & Yujiro Takahashi): this was technically sound, if nothing overly special. Owens continued his hot streak after his performance on the first day, and all of the Lethal/Juice/Finlay trio were on point. Yujiro is consistent but hardly flashy, and Leo is still learning, but did drag this down a little bit. Nonetheless, this was still pretyt enjoyable 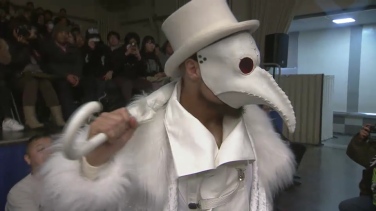 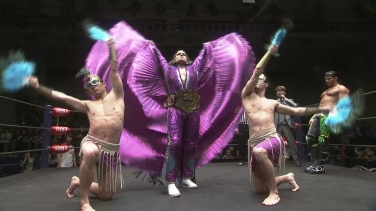 – Toa Henare vs Beer City Bruiser: to use a phrase I never thought I’d say: I feel bad for Beer City Bruiser. After a pretty damn good match against Hirooki Goto yesterday, he is now going up against a young lion in the opening contest, but at least this was a quick match. Not very good, but I don’t think it was meant to be pretty with Bruiser involved

> Once again, there were some very Western style chants throughout, including a surprisingly clear “The Elite The-the Elite”

Should you watch this event: This looked to be a good, but again hardly surprising follow up to the first day, but a few great matches then a pleasant surprise for the penultimate match pushed this over to being even better than day 1.