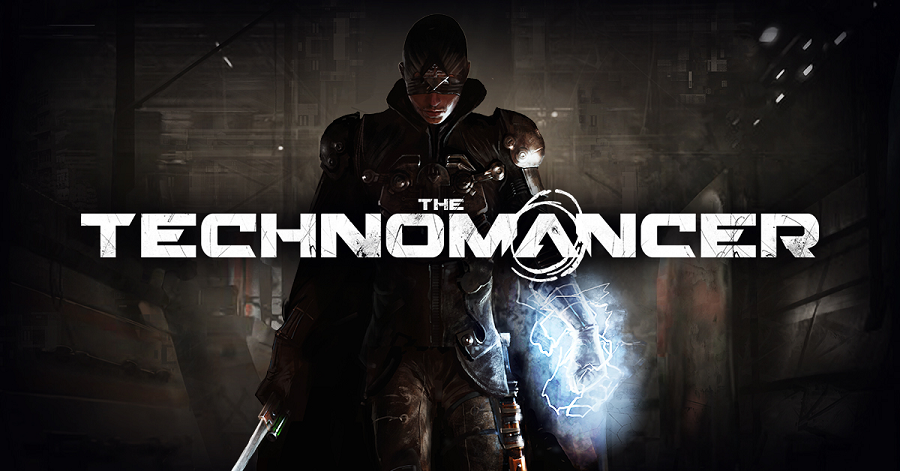 From Spiders, the team behind Bound by Flame and the semi-prequel to this game, Mars: War Logs, comes The Technomancer, an open world space-opera, squad-based action-role playing game. Taking control of Zachariah, a newly initiated Technomancer with the ability to control lightning, and set primarily in the mega city of Ophir, the capital of Mars. With a set of powerful abilities at his disposal, and a squad of various friends, foe-turned-friends, family or even those who just got caught up in the action, it is up to Zachariah and his allies to stop a planet wide conspiracy which threatens to tear the planet apart. The game plays as a sort of mixture between Mad Max‘s combat and ‘settlement’ design, with the first Mass Effect games’ space colony influences, as well as squad interactions.

+ after a frustrating start, once your combat abilities ramp up there is a real sense of power behind your Technomancer attacks. Lightning arcs between enemies, and your electrified daggers send sparks flying in satisfying flashes
+ the three (well, four, but the fourth is the ‘Technomancer’ class itself, which the other three use) different fighting styles make for at least minor replayability; I spent most of my 37ish hours as the Rogue class which favours speed and stealth over power (which is unique for me, as I am usually a strength > speed type of player), but a few forays into the Guardian (protection/tanking) and Warrior (balanced attack/defense) classes were well received
+ upon completion of the main story, a montage will show every choice you made and the effects thereof. It is simply fantastic to see the different ways that your decisions have effected the whole planet. This is exactly what the ending of Mass Effect 3 needed (but we all know how I felt about that)

– very inconsistent characters, who praise you, then turn on you, then ally with you, and then act as if nothing happened. This even extends to the very bland protagonist. In many ways, this could have been averted by having a custom character creator, if only for the ability to further choose how to react to certain situations
– the open-world nature of the game means quest can often be completed out of order, or not discovered at all (but you’ll still get an obnoxious red ‘x’ in the corner next to missions you have not even been given yet). This also means that many missions are quite dialogue heavy, as they recap places or characters you may have seen ten hours ago, or five minutes ago. Worse still was when the game told me I had failed a mission, but left the objective marker on my map, and then still let me complete the objectives, simply with no reward
– the game has a somewhat interesting premise (warring factions across a newly colonized planet) but is never realised beyond a simple ‘does this faction like you yes/no’ binary
– there are very limited weapons and armour options, with each being more or less identical. I played through nearly
– the handful of HUB areas are maze-like and empty, and the mini-map rotates along with the character (with no option to turn this off) which makes the various ‘run here do this’ quests particularly vexing. A lack of fast travel (at least between main landmarks, for example) makes these areas incredibly frustrating to traverse, not to mention incredibly slow ladder climbing animations
– there are numerous spelling errors, and very inconsistent controls; sometimes it is just ‘unlock’ to get items from a locker, other times it is ‘unlock’ and then ‘search’
– I don’t know if it was intentional, but every time I talked to one of my male teammates, they professed their love and wanted to sleep with me. After a polite refusal, the conversation would continue as normal… until the next time I talked to them and they offered again. I found it incredibly frustrating
– just to really drive this home; the animations are archaic, the controls are clunky and the combat (aside from a few powerful abilities) is weightless. The story flip flops all over the place, the voice acting is slightly above average at best, and the world design leaves much to be desired. Many, if not all of these shortcomings could have been overlooked had but a handful of the others been up to par, but unfortunately that really isn’t the case.

> throughout every point I’ve written above I have gone to use the word ‘inconsistent’, and I think that is the word that sums up the game. Sometimes the combat is enjoyable. Sometimes the story makes an interesting development. Sometimes  you’ll feel like you’re actually in this world of Abundance, but never fully.

Should you play this game: For a game that borrows so much from Mass Effect, it bemuses me that it didn’t manage to capture any of that spirit which made that first game so engrossing. Playing through the story felt more like a chore than anything, so I have to suggest you give this one a miss. Do yourself a favour and play (or replay) Mass Effect instead.