The Avengers: Age of Ultron has been released (and I thought it was alright), but that is by no means the end of the Marvel Cinematic Universe. Let’s take a look at what comes next.

But before I get to Phase 3, it seems I overlooked one last film in Phase 2…

Ant-Man (July, 2015)
Michael Douglas is set to play the role of Hank Pym, the ‘classic’ Ant-Man, with Paul Rudd taking on his contemporary counterpart, Scott Lang. Evangeline Lily will also star as Hope Van Dyne, the daughter of Pym and Janet Van Dyne (known to comic book fans as Wasp, though there doesn’t seem to be anyone set to play Janet herself). The film’s villain is set to be long-time Ant-Man character Yellowjacket (see the naming scheme? They’re all bugs. Brilliant stuff) portrayed by Corey Stoll, civilian name Darren Cross.

If Captain America: The Winter Soldier was a political thriller featuring superheroes, then it seems that Ant-Man will be a heist movie, that just so happened to have superheroes in it. The shrinking effects look great and will hopefully not come across too cheesy. I’d imagine there will be at least minor references to the other films, and since Paul Rudd has been confirmed to be in Captain America: Civil War, I’d wager there will be a Captain America cameo of some kind. I’m looking forward to this, it looks like something a bit different, and adds a new dimension to the MCU.

The Civil War arc of the comic books was a grand undertaking, but not particularly good, in my opinion. The film universe is obviously going to have to change some details to make it work with the cast they have, because there are many supporting characters in the comic that Marvel either does not have, or does not have a MCU counterpart to, particularly the mutants and Fantastic Four. There is one or two major plot points from the comics (if you have read it, you know what I mean) and I’ll be willing to take a shot that at least one of them will stick to the comic story (see what I did there).

Look, we’re all thinking it – this really should have been an Avengers film itself. Conspicuous by their absence in the cast listing above are Hulk and Thor, both relevant in different ways in the comic arc, seemingly to be ignored entirely in the films (unless my predictions for how Thor may appear come true, which is highly unlikely). Either way, I don’t entirely understand why this is billed as a Captain America film, and as stated, would make far more sense if it was “Avengers: Civil War” somewhere down the line.

Unfortunately, from here not much is known about the following films except that they are currently cast. I’ll basically just be predicting plot points, or otherwise tossing up some ideas about who may appear.

Doctor Strange (November 2016)
Benedict Cumberbatch is set to play the titular doctor, and quite frankly he would not have been my first choice for the role. I’ve never been a huge fan of Cumberbatch’s acting, and personally don’t think his unique appearance suits the look of the comic character. But as always, I withhold judgment until I see him in action.

Doctor Stephen Strange is a brilliant neurosurgeon, who gets into a car accident and damages his hands. Ironically enough, once surgery proves unhelpful to Strange, he turns to magic to help him.

Doctor Strange’s gallery of enemies is mostly comprised of various supernatural entities, arguably the largest of which is Dormammu, described as a threat “to the life of the universe itself”. I’d imagine they won’t go all-in with Doctor Strange in his first movie outing, so who knows who will stand against Doctor Strange at first.

Guardians of the Galaxy 2 (May 2017)
It is expected that all of the main cast will reprise their roles from the first film; Chris Pratt as Peter Quill/Star-Lord, Zoe Saldana as Gamora, Dave Bautista as Drax the Destroyer and the voices of Bradley Cooper as Rocket Raccoon and Vin Diesel as Groot.

Although in comic books no-one is truly dead, it can be assumed that Ronan the Accuser (Lee Pace) won’t be coming back. Depending on the story they want to tell, maybe we will learn more about Star-Lord’s father.

My prediction is that we will see the debut of Adam Warlock. During the credits scene of Thor: The Dark World, and again during Guardians of the Galaxy, a large green cocoon can be seen in The Collector’s museum. This is confirmed by Marvel head honcho Kevin Feige to be the cocoon that Adam Warlock uses to replenish his health in the comics. In the credits scene of Guardians, the cocoon can be seen to have been ‘hatched’. Adam Warlock is also widely linked with the Soul Gem, another of the Infinity Stones big-bad Thanos is searching for, which adds credence to this theory. 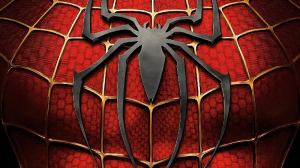 Untitled Spider-man film (July 2017)
Well, there’s not really much to say here. No recurring characters, no current cast and no idea of plot. All that is known is that Spider-man will once again be Peter Parker, hopefully this time actually played by a teenager/young 20’s, and not forcing us to pretend Tobey Maguire was still in high school.

Everybody knows the story of Spider-man; bitten by a radioactive spider, gets the ability to stick to walls blah blah blah. Hopefully this incarnation will utilize the mechanical web shooters, and not the weird organic thing Sam Raimi’s Spidey had.

As the second of three films planned for 2017, I can’t imagine this will need to be another origin story. Spider-man is arguably in the top three well-known superheroes of all time, and after two separate film series I would guess that the audience knows his story by now. The plot of this film mostly depends on whether Spider-man is going to be showing up in Civil War, really.

Thor: Ragnarok (November 2017)
As always for these recurring film additions, Chris Hemsworth as Thor and Tom Hiddleston as Loki are confirmed. In Norse mythology, Ragnarok is the apocalypse, basically, including the death of all the Gods.

That weird pool thing in Avengers: Age of Ultron was intended to be a set up to Thor: Ragnarok, according to Avengers‘ director Joss Whedon. It was also apparently cut down to avoid some issues with pacing. Whedon has said it was intended to show Thor what would happen to Asgard after Ragnarok has occurred.

This is the final of three films for 2017, and the last before part one of Avengers 3. Kevin Feige has stated that Thor: Ragnarok will do to the MCU similar things to what The Winter Soldier did, so it is safe to assume something big will happen. As I’ve not been shy to admit, Thor has always been my favourite hero, so I personally think Thor deserves to get that ‘big moment’ in one of his solo films. A thought I had regarding the plot for the third film could help tie directly into the upcoming Avengers: Thor fails to stop Ragnarok, so in a last ditch effort to save Asgard, he is forced to use the final Infinity Stone, the Time Gem, to undo the effects. This would reveal to the audience the final stone, reveal its location to Thanos in-universe, and then also give Thanos a reason to head to Asgard to get the gauntlet, last seen in the vault in Thor. Currently this is nothing but fan-fic, so don’t take anything I’ve said as gospel truth.

So, after all this, it’s finally time for all our heroes to get together for a third time. Find out more, on page 2!